Ten years ago Bubba Watson stunned the watching world with a piece of magic from a seemingly impossible position. But where does it stack up against five more other-worldly shots at Augusta?

Has it really been 10 years? It wasn’t just one of the best shots at the Masters, it was one of the most ridiculous even attempted in the competition’s storied history.

Bubba Watson and Louis Oosthuizen had already tied the 18th hole as their sudden-death play-off got underway at Augusta.

And it looked like it would be a similar tale at the second hole – the par-4 10th – when both players hit poor drives from the tee.

Oosthuizen, who had already had a contender of his own earlier that day with an albatross at the par-5 2nd, could only find the front of the green while Watson, deep in the wooded area to the right of Camellia, would need to something spectacular to get even close to the putting surface.

What happened next was nothing short of a miracle.

The left-hander, hitting a 52-degree wedge from 144 yards, managed to hook his ball at an almost 90-degree angle to within 10 feet of the hole.

From a kid whose dreams never went that far, to this moment… it changed my life. Add in becoming a dad a week earlier and it was the most crazy + incredible time in my life. It’s an honor to be a @themasters champion, but the best part was sharing it with my son and my family. pic.twitter.com/TTCQ2kF65M

With Oosthuizen failing to get up and down, Watson was able to two putt his way to the first of two green jackets. Cue the waterworks.

So where does Watson’s 2012 effort sit among the best shots at the Masters? Here are five other contenders… 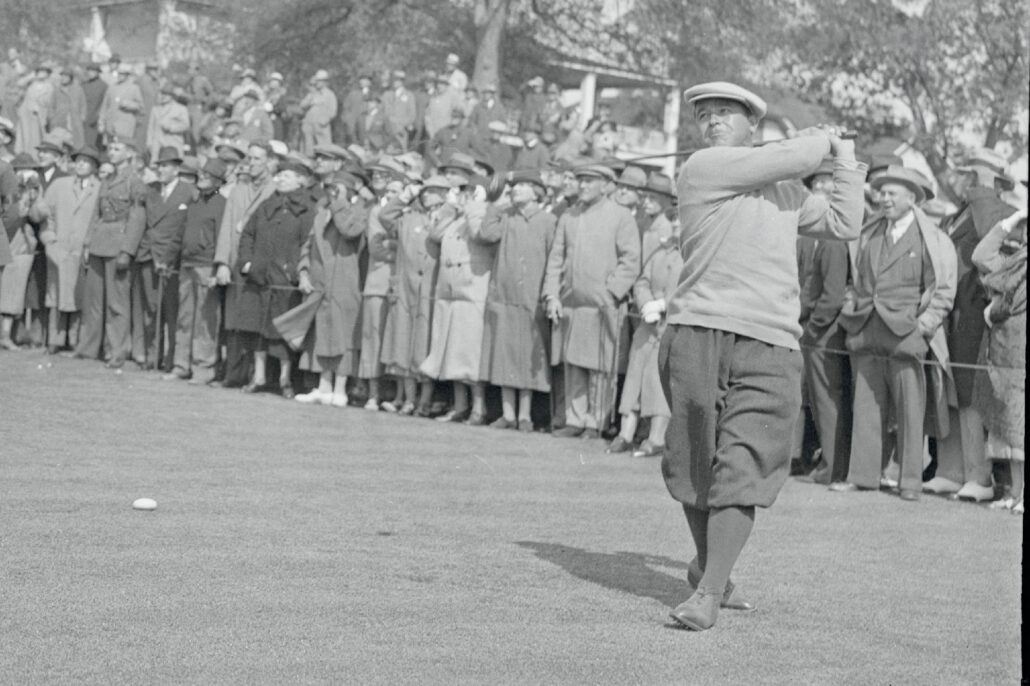 ‘The shot heard around the world’ that put the Masters – or the Augusta National Invitation as it was known then – on the map. Sarazen holed out from 235 yards for the tournament’s first ever albatross to force a play-off with Craig Wood that he’d eventually go on to win. 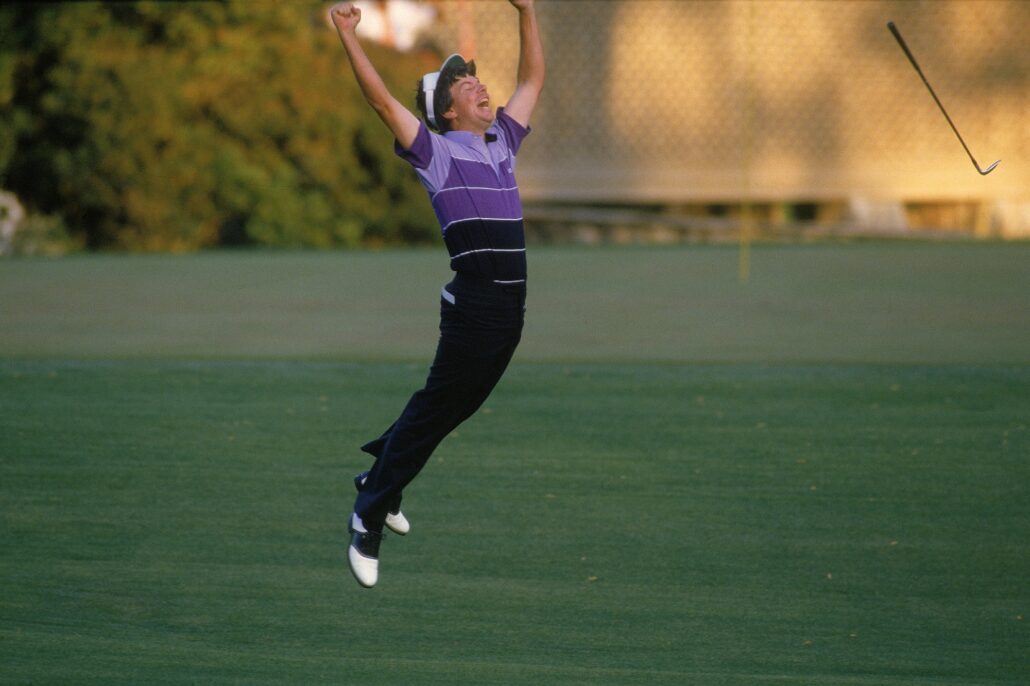 Facing pre-tournament favourite Greg Norman in a play-off, Mize looked out of it when he misjudged his approach. But the Georgia native inexplicably chipped, sparking one of the best celebrations the patrons have ever witnessed and denying his Australian rival of the title he craved more than any other.

🔙 1988: Sandy Lyle’s bunker heroics! Going down as one of the best shots in Master’s history, Lyle hit a 150 yard bunker shot on No.18 that set up a birdie to win. Here he became the first Masters champion from the United Kingdom 🇬🇧🕺#TheMastersGreatestMoments 🟩🟨 pic.twitter.com/Of0h5Ruk9A 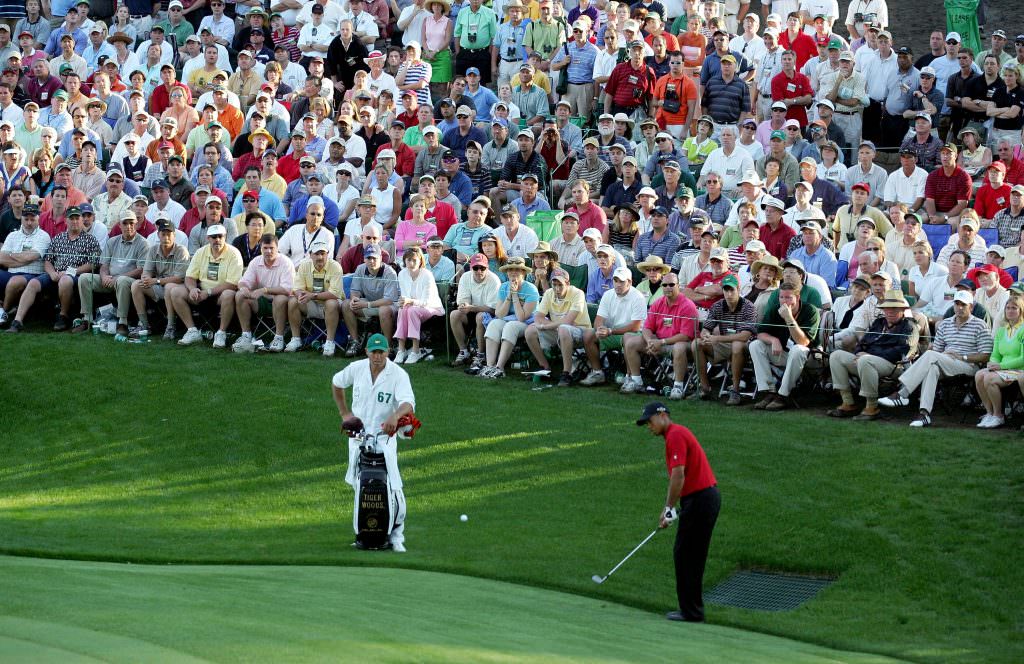 If not the best shot ever played at the Masters, certainly the most famous. In your life have you seen anything like that?

Go on then, let’s have it from another angle… 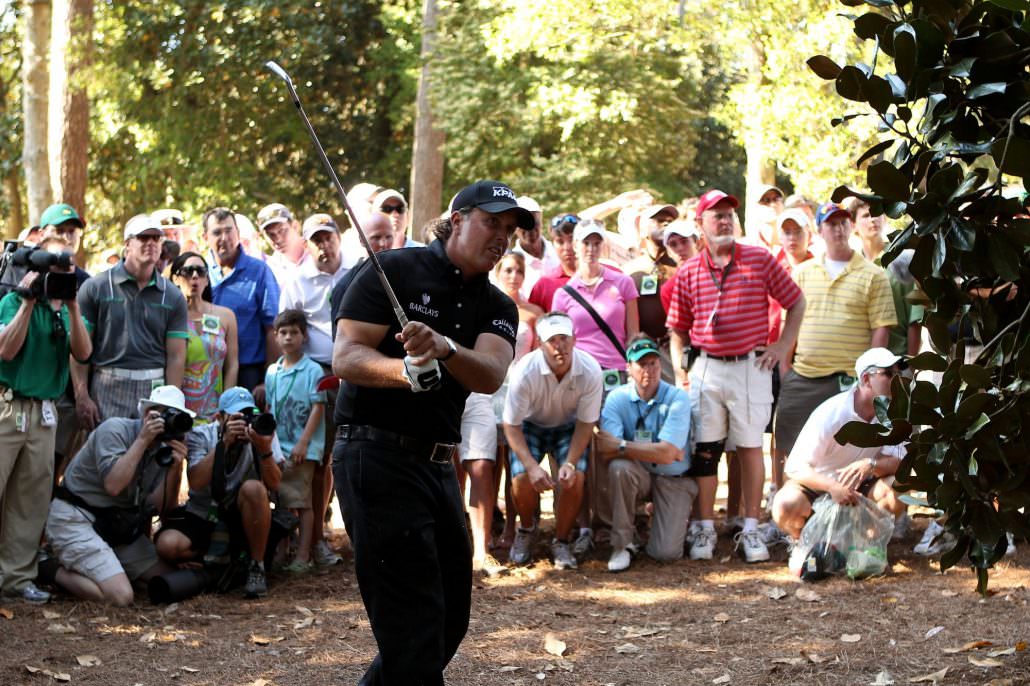 Just the mere mention of Augusta’s pine needles has us flashing back to Mickelson’s magic on the par-5 they call Azalea. Sublime stuff. The fact he missed the putt doesn’t even matter, as Lefty went on to win his second Green Jacket.

🗣 The Greatest shot of his life pic.twitter.com/6CXArn7spZ

So there are the six contenders. Which is your favourite? Or have we missed one? Let us know in the comments below, or you can tweet us.

How To Qualify For The Ryder Cup

What Can We Expect From Golf Courses in December

There are women in restaurants in Saudi Arabia

18 Tips to Improve Pace of Play on the Golf Course