A Welsh greenkeeper is driving 1,400 miles to deliver supplies to Ukrainian victims of the Russian invasion.

Bryn Roberts is deputy head greenkeeper at Padeswood & Buckley Golf Club in North Wales and the BIGGA member is part of a three-car convoy that is driving to Chelm on the border of Poland and Ukraine, where they will deliver military-grade medical supplies and other goods, including a 4×4 vehicle and trailer.

Speaking to BIGGA from Dunkirk, where they were awaiting the delivery of a hire vehicle after a breakdown, Anglesey-born Bryn said he got involved with the relief effort to help his friend Llŷr Jones, whose charity Cam Wrth Gam – meaning Step by Step – provides disaster relief around the world.

Bryn, who previously worked at Carden Park and Eaton, said he has taken three days’ annual leave from his role to undertake the trip.

He’s nervous about what they’ll see when they arrive on the Ukrainian border but added: “What do we expect to see? Refugees, all sorts, we’re not sure. I don’t think it’s going to be a pretty picture and it will probably be pretty distressing but at least we’ve done something. If it helps a small section of the community then we’ll be glad.”

The three-vehicle convoy travelled from North Wales and into France via the Eurostar. They will then drive in shifts, with one person resting while the other drives, heading through Germany and Poland to Chelm. Once there, the plan is to head a short distance over the border and drop off the medical supplies, food, a brand new farm trailer donated by Ivy Jones, and a Land Rover Discovery that will be donated by Llŷr to the Ukrainian army.

The Welsh agricultural community has come together to support Llŷr, a sheep farmer from North Wales, and a GoFundMe page set up to gather donations to support Ukraine has already raised over £13,000. 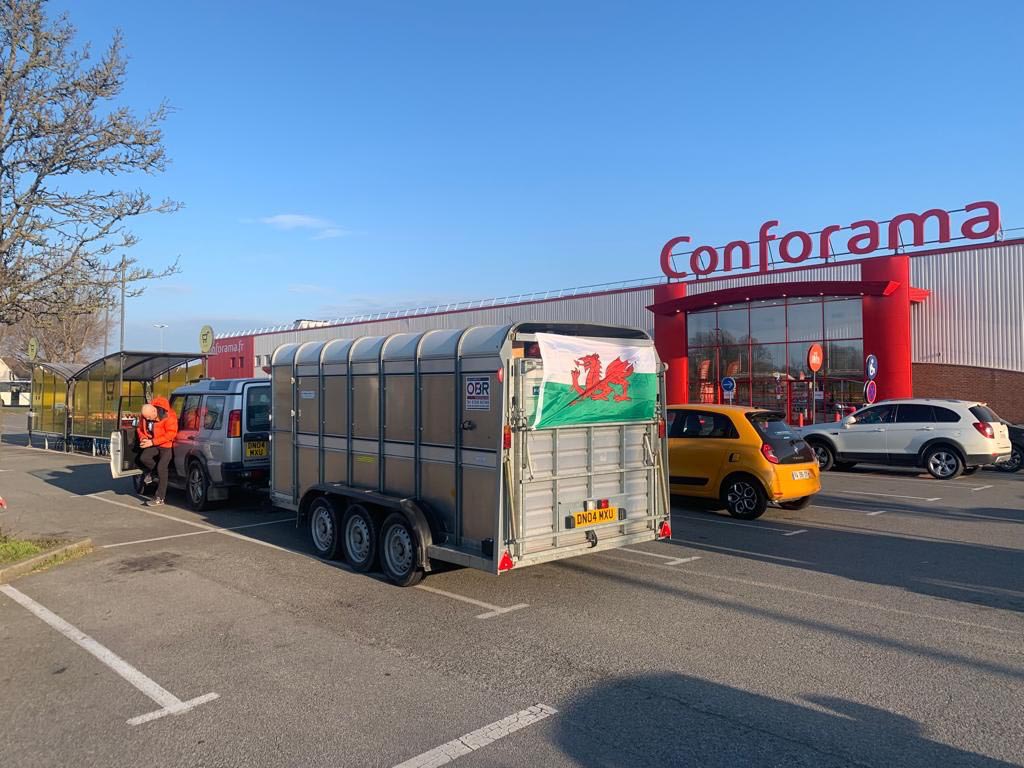 “The scariest thing so far is the driving, because it’s quite full on and we haven’t had much sleep,” said Bryn, 44. “But we’re fuelled on coffee and it was a chance to help my friend’s charity. Ukraine is the breadbasket of Europe, it’s a massive agricultural country, so we’re giving the trailer to a Dutch farmer who lives in Ukraine. We’re going to leave that with him and then I’ll be getting on a flight from Poland to East Midlands Airport because I have to be back in work on Tuesday!”

Donations and support can be given here.

This story appeared on the website of the British and International Golf Greenkeepers’ Association. Pictures courtesy of BIGGA and Bryn Roberts.

Who Is On The Team GB Olympic Golf Team?

Tributes to much loved former Bolton firefighter and golfer