Cobra’s LTDx range is completed with their irons. Hannah Holden’s a fan, and she has everything you need to know

The new Cobra LTDx irons feature some serious tech to drive up your ball speeds.

As with the whole of the LTDx range, Cobra have nailed the aesthetics, but I think the irons probably have the coolest futuristic styling. I really like the effect that is created with the use of numerous materials and colours.

Full length or One Length? There is a Cobra iron option for you… 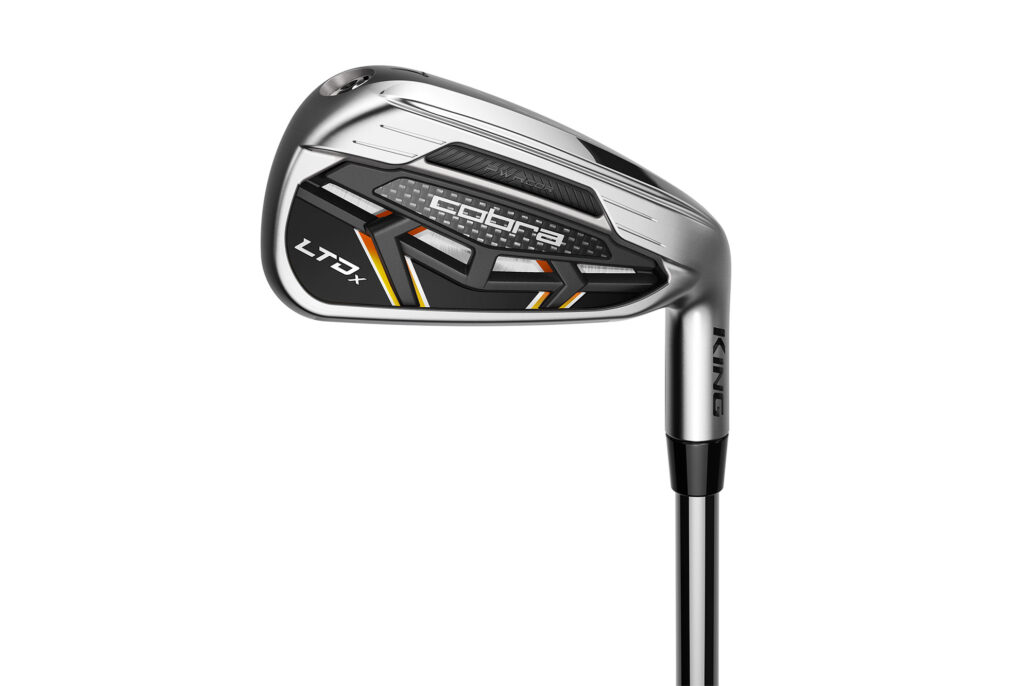 The main model in the that will suit the vast majority of golfers. This comes with variable length shafts as standard and is offered in 4-PW or 5-GW 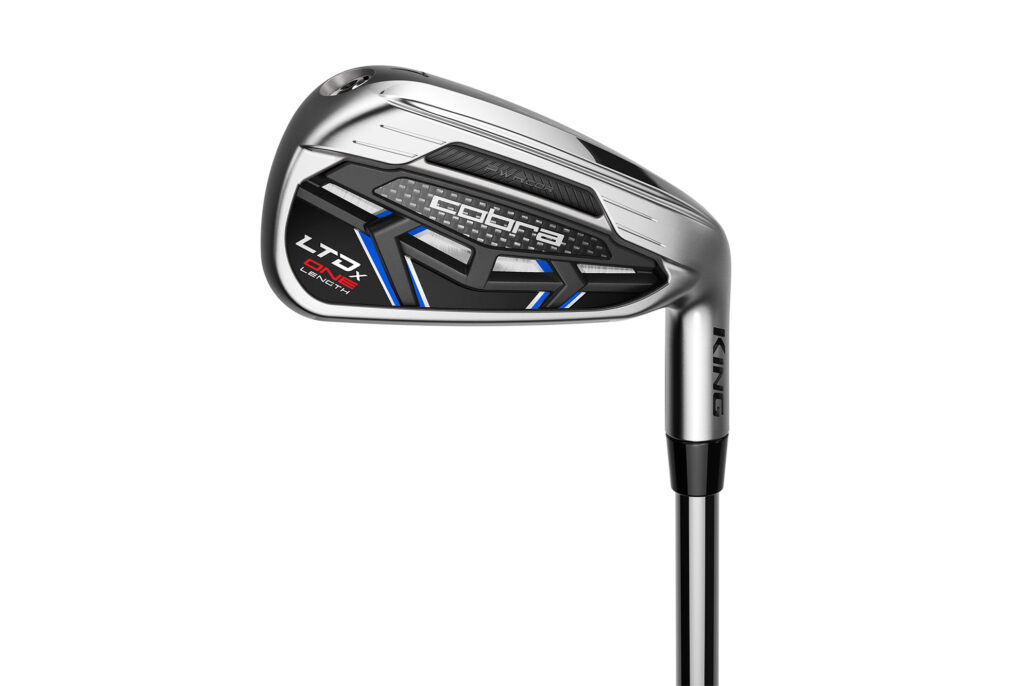 If you fancy yourself as a bit of a Bryson DeChambeau the One Length offering is for you. These feature progressive steel shaft weights throughout the set to dial in launch 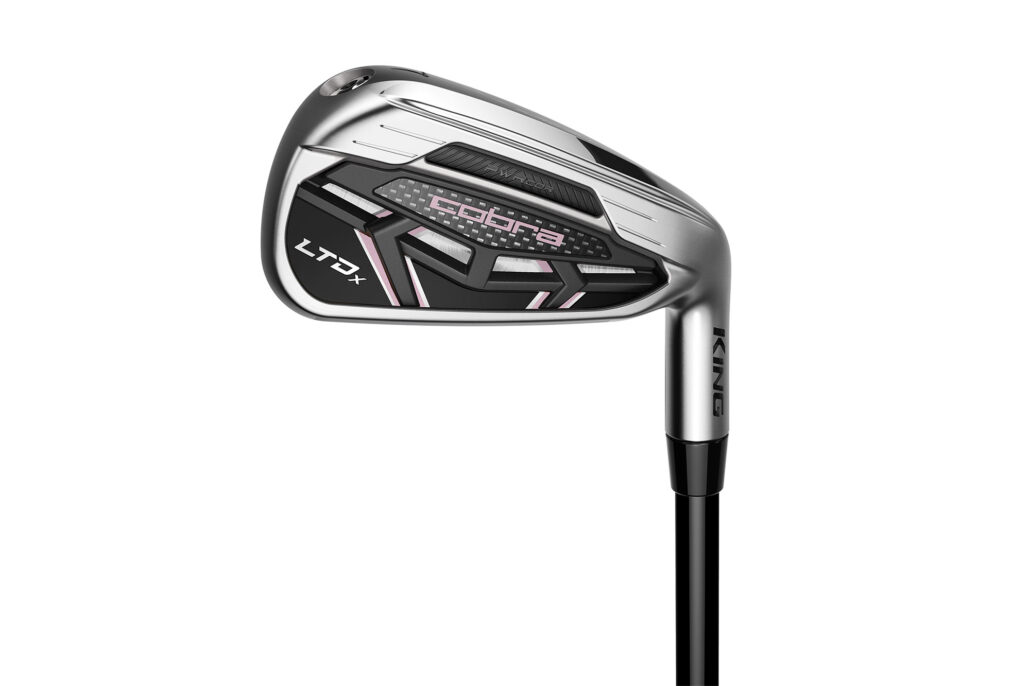 There is also a women’s offering with a lighter ladies flex shaft and smaller grip. This is available from 6-SW

The new irons have been redesigned from the inside out, with a Pwr-Cor structure that strategically places weight to optimise the CG location.

This involves a steel core bar near the sole of the club that brings CG down low and right behind the impact zone. In the centre of the head this bar is completely separated from the club body, face, and sole to encourage maximum flexion and power transfer into the ball.

Surrounding this, a polymer filler is injected to dampen vibrations and improve feel at impact. The elastic rebound effect also increases ball speed and distance. 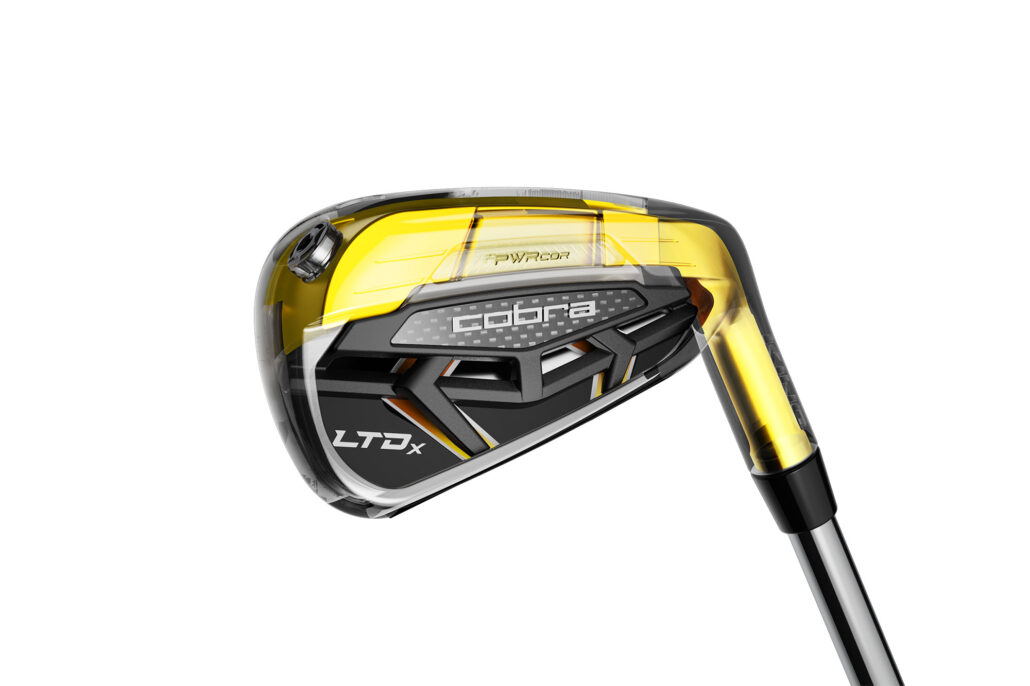 This has been combined with a thinner and larger Pwrshell face to give a blend of forgiveness, high launch, improved feel, and distance. This new Pwrshell face features a variable thickness L-Cup insert that expands the thin area of the face by 23% and increases the area of the club face that delivers the highest ball speeds.

This will make ball speeds more consistent and also give you more reliable distances on off-centre strikes. 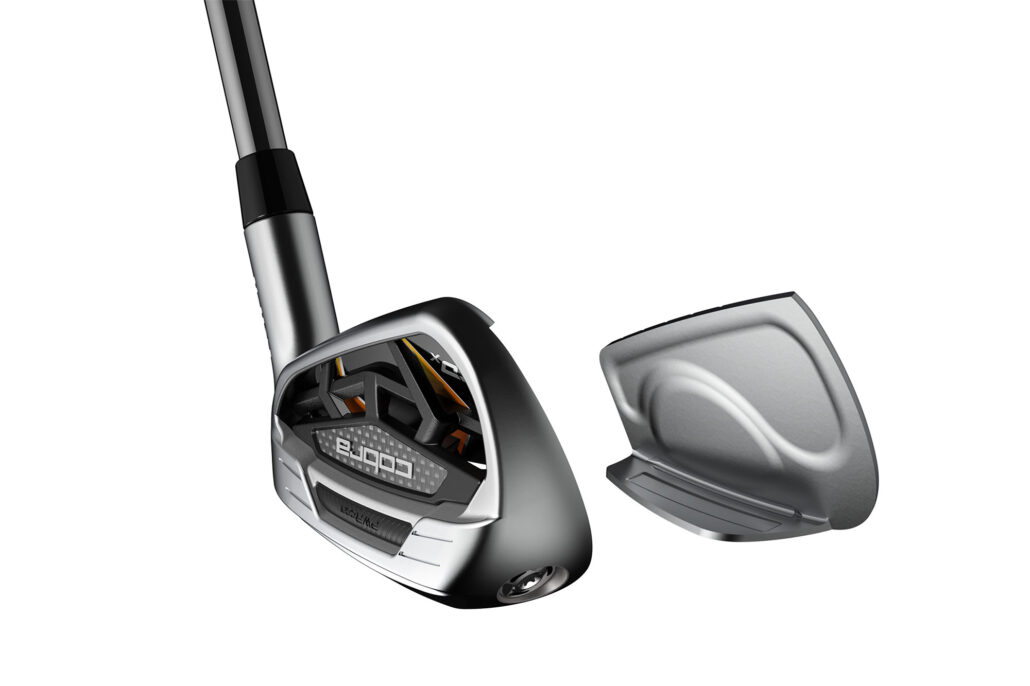 The irons are available in the standard length black and gold offering or in the blue and red One Length option.

More in the Cobra LTDx range

My ball didn’t leave the penalty area – what do I...

Covid: Lockdown easing not luring people back to High Streets

Treat your feet to the best golf socks