A spectacular light and sound projection show was beamed on to the iconic clubhouse of the Royal and Ancient Golf Club of St Andrews as the countdown to the 150th edition of The Open continued in the historic town.

Ahead of the move into British Summer Time and the major championship season, the R&A Celebration of Light was attended by residents of St Andrews who gathered at the world-renowned Old Course to watch celebrated moments from the Open’s cherished history brought to life through the dramatic projection show.

The state-of-the-art production was narrated by actor and lifelong golf fan Gerard Butler. It charted the remarkable journey of golf since The Open began in 1860, celebrating renowned Champion Golfers and unforgettable performances from many of the sport’s greatest names.

Martin Slumbers, the governing body’s chief executive, said, “The R&A Celebration of Light was a spectacular way to continue our countdown to The 150th Open at St Andrews. You felt a real sense of excitement among the spectators who attended this evening as we enjoyed reliving the iconic moments which have made this great Championship so revered by millions of fans around the world.

“The 150th Open is a going to be a momentous occasion for golf and we look forward with great anticipation to seeing the world’s best men’s golfers create more history when they compete for the Claret Jug over the Old Course in just over three months’ time.” 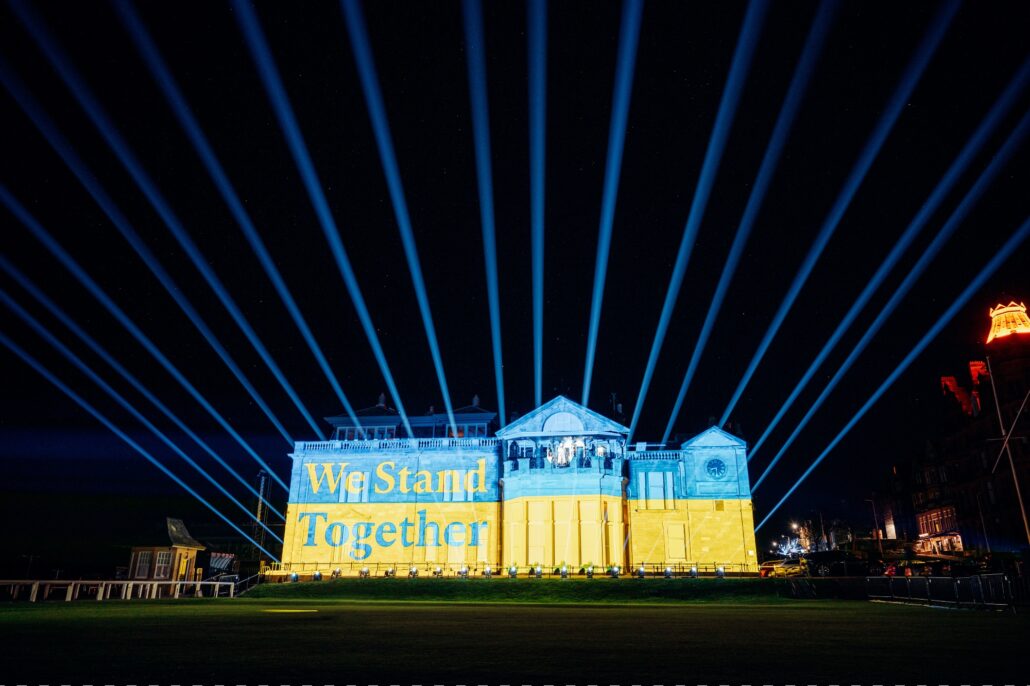 A tribute in support of Ukraine and its people also took place as colours of the nation’s flag were projected onto the clubhouse building. A live performance from the City of St Andrews pipe band entertained the attending crowd prior to the show.

For those unable to make it in person to experience the show, the entire display is now available to watch via The Open’s social media channels as well as The Open’s website.

The show was the latest activity in a schedule of special events taking place before the first tee is struck at the Championship. The R&A is also hosting the Celebration of Champions on July 11, a special exhibition of golf on the Old Course that will bring together a number of the world’s most renowned golfers during the week of The 150th Open. 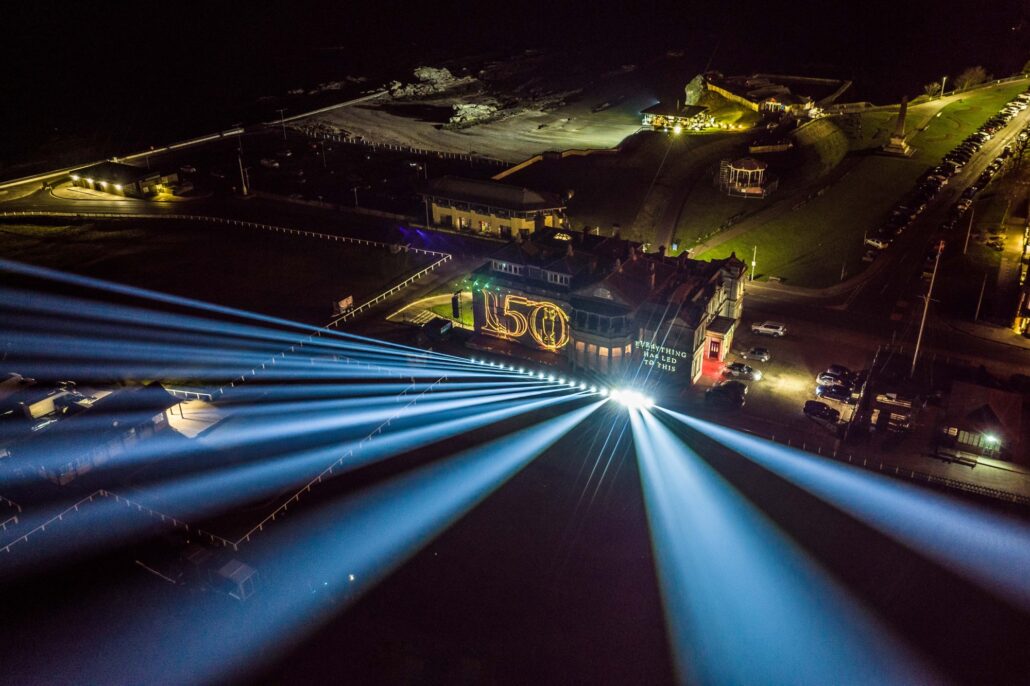 The R&A has been working with Rolex, a patron of The Open, to develop a series of exclusive content which will be published on The Open’s website in the lead up to the Championship.

‘The Journey’ will provide a unique insight into golf’s oldest major championship and focus on players, fans, and the moments that have been written into history. The series launched last month and will continue over the coming months.

Most Comfortable Golf Shoes – Our Favourites For Comfort

American Golf’s BIG BRAND SALE is now live with up to...