Take a look at our list of the best golf courses located in Portugal.

The Best Golf Courses In Portugal

Portugal welcomes millions of tourists every year with many simply looking to enjoy the lovely climate, the beaches, the seafood and the culture.

However more and more people are looking at Portugal as a golfing destination too because of the superb selection of golf courses and resorts that have emerged over the last 40 years.

Here we have taken a look at some of the best.

The Eastern part of Portugal’s southernmost tip houses arguably the Algarve’s finest layout and one seen by many as the best in Europe: Monte Rei. Set in the hills above Taviria, its a real treat for the sense.

Designed by Jack Nicklaus, the rolling landscape provides the perfect setting for a scenic golf course, with numerous lakes and superb bunkering enhancing the visual appeal.

The conditioning is first rate, risk-reward holes are common place, and thee are also five par-5s and five par-3s enhancing the intrigue. It’s a fantastic layout that more than justifies its reputation. 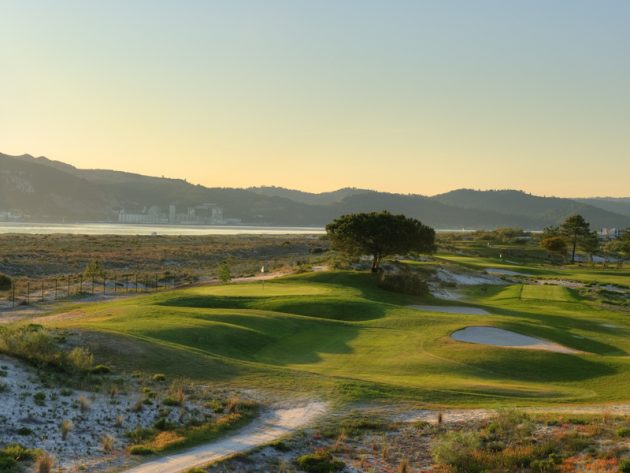 About a 40-minute drive from Lisbon you will find Troia which is one of the country’s most loved layouts.

Set on an amazing spit of land between the Atlantic Ocean and the Sado Estuary, Troia was designed by Robert Trent Jones Senior and it is a relative veteran in terms of Portuguese courses having opened in 1980.

It is a layout that truly does make use of its natural surroundings, winding through sand dunes and pine trees, past an amazing array of wild plants. 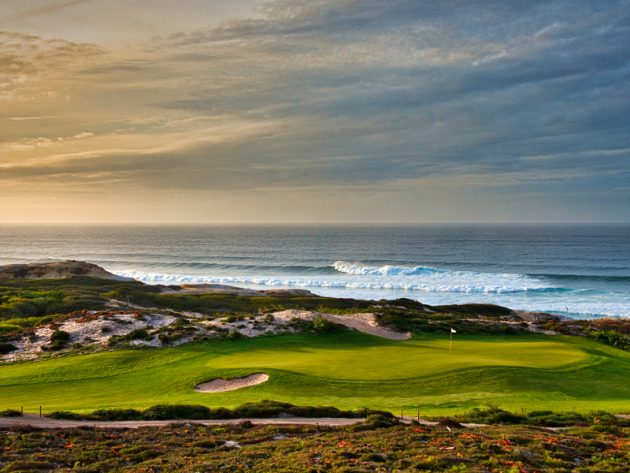 Designed by Cynthia Dye – Pete Dye’s niece – this links layout is managed by the Praia D’El Rey resort and sits just a ten-minute drive north of its sister course.

Measuring 7,003 yards from the tips, the course undulates through rolling sand dunes, natural vegetation and pine groves, so errant drives will more than likely result in a reload.

West Cliffs is littered with highlights and constantly delivers yet another beautiful vista, so even if you’re having a bad day there’s still much to enjoy out on the course. 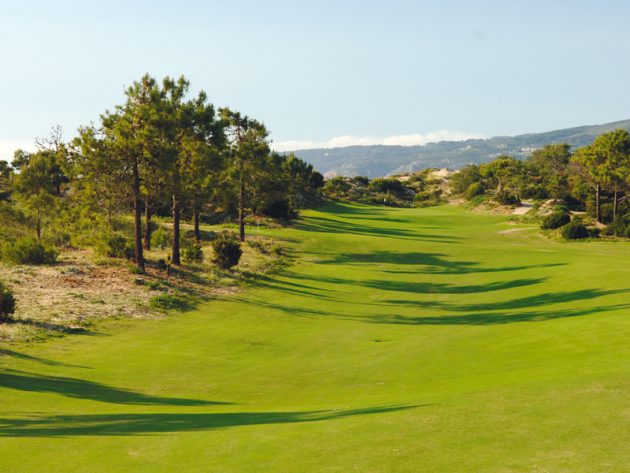 Oitavos Dunes is the work of American Arthur Hills. Set over natural sand dunes you could be forgiven for thinking you were playing golf in its most natural form on any of the great Scottish links.

The views out to the mountains are simply breathtaking but you’ll need a game in good form to counter the course’s main defence – the testing tiered greens. 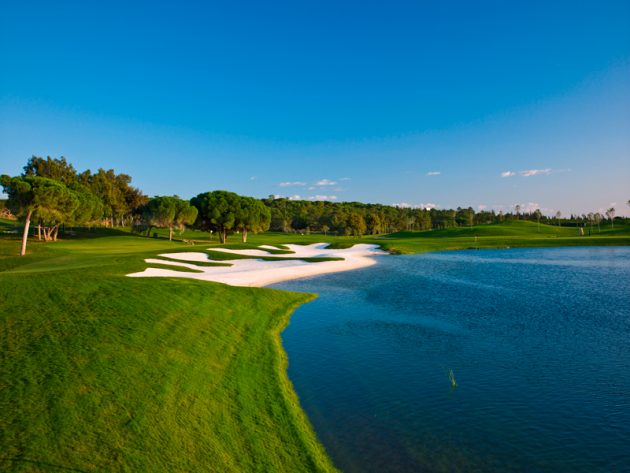 The South course is rightly heralded as Quinta do Lago’s signature track and it can be played and enjoyed by all levels of golfers. Using the hilly terrain to get effect, the course has a number of dog legs so shot shaping is a must if you want to score well.

The North Course, positioned next door, is somewhat tamer and touring parties would be advised to play here before tackling the senior South layout. It is shorter at 6,500 yards and with five par 5s, there is the opportunity to get some birdies on the card.

The Laranjal course at the resort also opened in 2008. 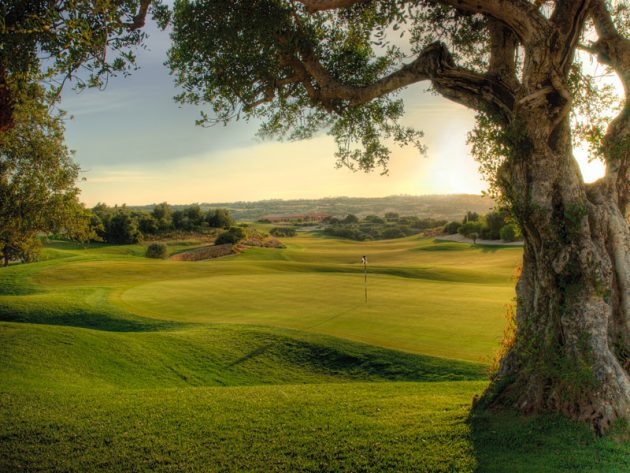 One of the newest and very best tracks on the Algarve, is the Oceanico Faldo Course Amendoeira. Designed by the six-time Major champion and opened in 2008 the course is set over superb golfing terrain.

Faldo’s vision was to use traditional principles to create a modern classic.

With brilliant placed hazard and clear questions asked by each characterful hole, he has succeeded in his mission. 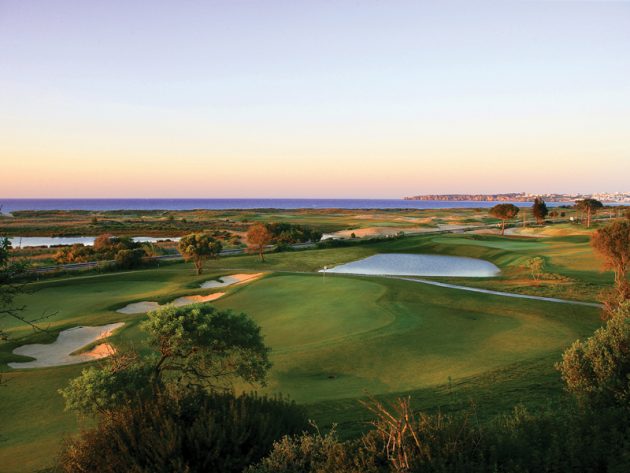 After Robert Trent Jones Junior came in to redesign the original 18-hole course, the new 27-hole layout serves up a procession of stunning vistas over the Bay of Lagos from up and above the hilly terrain.

The three nines – Alvor, Lagos and Praia – offer a mixture of parkland and links golf with the Praia the pick of the three.

The Alvor stands out due to its fiendishly contoured greens, while the Lagos nine has a parkland ambience mixed in with some towering duneland. 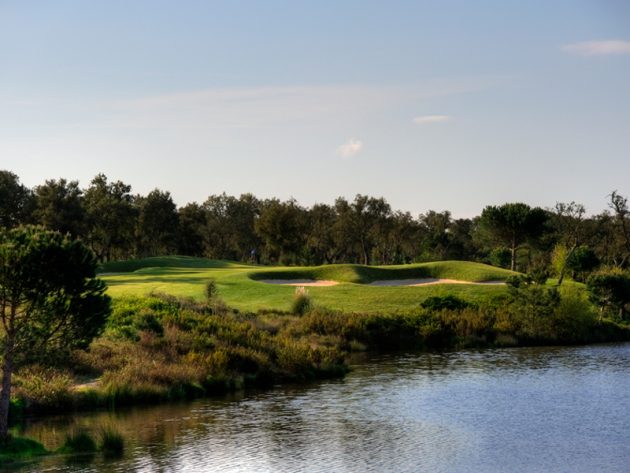 Ribagolfe I was designed by Peter Townsend and can stretch to a formidable 7,370 yards off the tips, though plentiful tees make it playable for all.

The course plays over beautiful undulating terrain, with multiple cork trees and the odd water hazard to negotiate. On the 14th you’ll need to know how far you hit it before deciding how much of the water to take on.

Originally a 27-hole complex based on designs by Henry Cotton, it was substantially upgraded over 20 years ago by American architect Rocky Roquemore. The result is two fine sets of 18 holes, the Royal and the Ocean.

The former is a par-72 which features one of the most photographed holes in the country, the cliff-top par-3 16th.

The Ocean is similar in style and both courses run through some impressive properties. 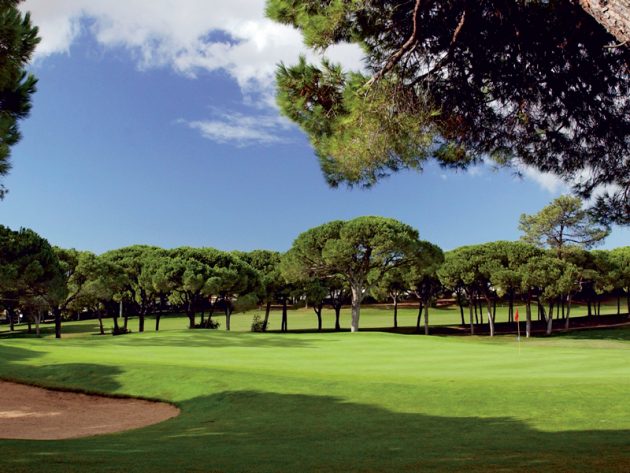 Among more frequent visitors to the Algarve, it is the Old course at Vilamoura that often comes away with the highest praise. Opened in 1969 and since renovated, it meanders throughout impressive pine trees over more gentle terrain. 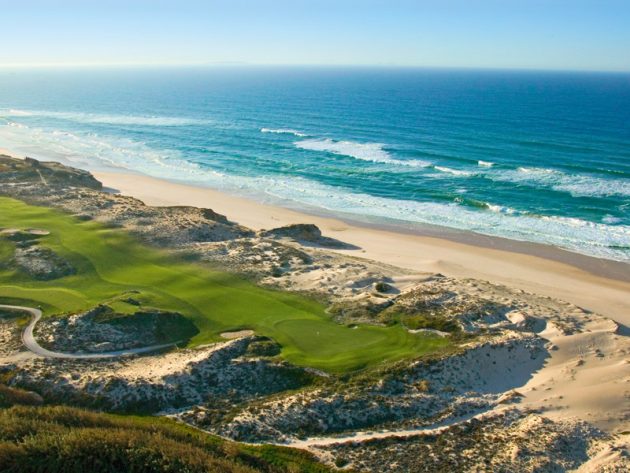 This is a fine mix of linksy, seaside golf and holes that are a little more parkland in nature. There are some great sea views and the wind can make life interesting. 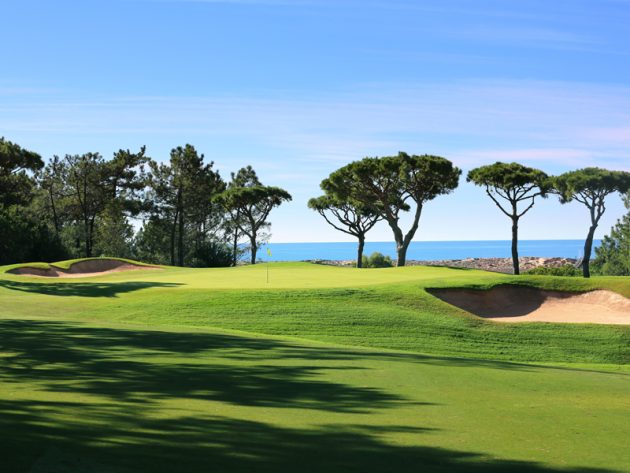 One of the most highly-rated courses in the region, quite close to Faro, is the very different and demanding San Lorenzo. It was built alongside the mouth of the River Formosa and runs over swamp land that is home to a fabulous array of birdlife.

With elements of beach, sea, river and marsh, many golfers consider it to be the most exciting layout in the Algarve. There is also a wonderful sting in the tail at the two, watery closing holes. 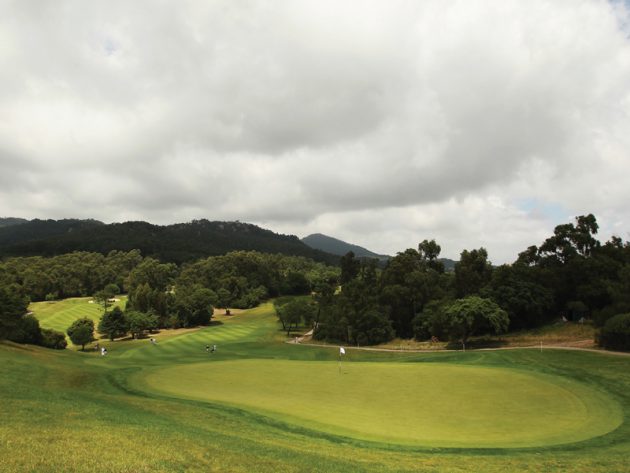 Penha Longa’s Atlantic course has a design and character that make it one of the most recognisable layouts in Portugal.

Set in a former monastery, designer Robert Trent Jones Junior carved a masterpiece through hanging pines with a premium on accuracy from tee to green.

Golf numbers are up at Houghton

Hard-luck golf club, disappointed players are missing out this week on...

! Murcia Today – Spain And The Uk In Talks About...

The Best Golf Courses In Italy