Following a draft event held on Tuesday evening, the team names, captains and the players have now been finalised for the LIV Golf Invitational Series London, which tees off at Centurion Club on Thursday.

Although the tournament has a $20m fund for a 54-hole individual strokeplay format, there is also a team element, with 12 pre-appointed captains able to choose three players to join them to compete for a $5m team prize. The best two scores from each four-man team over the first two rounds, and the best three scores from the final round, will be combined to create a team total.

The 3-day tournament gets under way at 2.15pm on Thursday, with a shotgun start at Centurion Club. All three rounds are being live streamed on Livgolf.com, YouTube and Facebook. 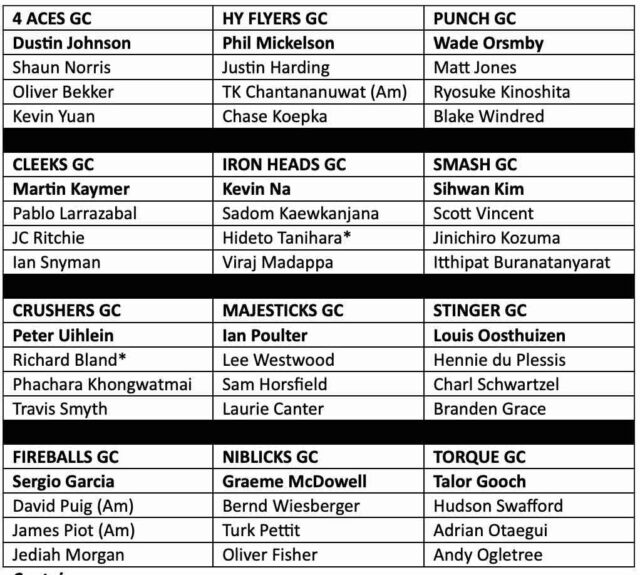 Turning the corner: Despite cancellations and empty galleries, pro golf is...

New Netflix show to go behind the scenes of the PGA…

“A Brilliant Model That Is Better For The Game”

Betting expert reveals who you should pick at the…