The health care organisation has raised a staggering £15,000 in one year with it’s 7th Annual Golf Day held in Windermere.

Teams representing businesses from across the South Lakes and North Lancashire competed in the Autumn sunshine at Windermere Gold Club, with more players than ever taking part.

The event was sponsored by Sanlam Investments and Functions 18.

Catherine Butterworth, Director of Income Generation at St John said “It’s a real credit to all the golfers for turning out to support their local hospice in difficult times.

“It is testament to our supporters for their lasting dedication to ensure St John’s Hospice can continue to provide our services in the South Lakes, North Lancashire and parts of North Yorkshire, and be there for patients, their families and carers in their time of need.”

Steve Nelson, captain of HSBC’s team ‘3 Steve’s and A Charlie’ and current Windermere Captain, generously match £1,000 of the money raised.

This year’s first place winner of four £75 vouchers was the RMS team captained by Andy Holland, with CRM Roofing and Lythe Valley coming in second and third.

Each year the Hospice’s Golf Day has a ‘beat the pro’ competition, this year’s was hosted by Steve Rooke, a former professional at Windermere Golf Club, who was taken on by many of the competitors.

Graham Duckworth from Barclays PLC said “The event was very well organised by Lisa and her team at St John’s Hospice, my team had a great time, played good golf and thoroughly enjoyed the day.

“I was pleased to be able to support the Hospice this year particularly, as their fundraising has been significantly impacted by Coronavirus.” 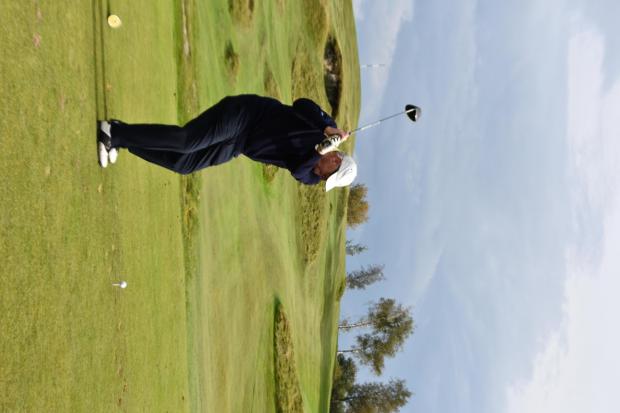 Win: A £500 wardrobe makeover with Sounder

Darren Clarke: ‘Winning the Open is all I’ve ever wanted’