The Wanamaker Trophy is contested by the strongest field in golf, but that doesn’t mean it always produces the most high-profile major winners. Here are the six most surprising PGA Championship winners in the tournament’s long and storied history…

In the 1966 PGA Championship at Firestone, Sam Snead was bidding to become the oldest champion in major history at 54. After 36 holes, the Grand Slammer seemed destined to pull off the feat, securing an outright lead with rivals Jack Nicklaus and Gary Player nowhere to be seen.

But the seven-time major champion had a catastrophe in round three, shooting +5 to open the door for an unlikely challenger in Al Geiberger to seize his opportunity.

The Californian, in just his 14th major start, had more missed cuts than top 10s at the time.

Attempting to settle his final-day nerves following a flurry of bogeys, Geiberger pulled a peanut butter sandwich from his bag, birdied the next hole, and the ‘Peanut Butter Kid’ was born. He went on to win what would be his first and only major victory.

At an unimposing 5-foot-7 and weighing just 10 stone, Jeff Sluman proved size was no obstacle as he held off the challenge of several giants of the game, including Nick Faldo, Greg Norman, Paul Azinger, and Payne Stewart.

Sluman went into the Sunday at Oak Tree three back and, thanks to a sensational 65, finished three ahead. It was the American’s first tour victory, and, despite a handful of major top 10s, he had to wait another nine years before securing his second.

The most notorious entry on our list, John Daly made all the headlines in 1991, winning the Wanamaker Trophy at Crooked Stick when he wasn’t even supposed to be at the tournament.

The Wild Thing started the week as ninth alternative, but as players dropped out in their numbers, he hopped in his car to drive through the night from Memphis to claim his spot.

The always entertaining Daly was still unknown at the time, having only joined the PGA Tour earlier that year. Despite the inexperience, and having not had time for a practice round, he opened with a 69 before eventually tearing it up and winning by three.

Daly averaged a whopping 303 yards off the tee, leading to that famous quote: “I didn’t think, I just hit it.”

Daly would go onto secure his second major at the 1995 Open at St Andrews, but his shock win at Crooked Stick will forever be Daly’s most remarkable episode in what has been an eventful career. 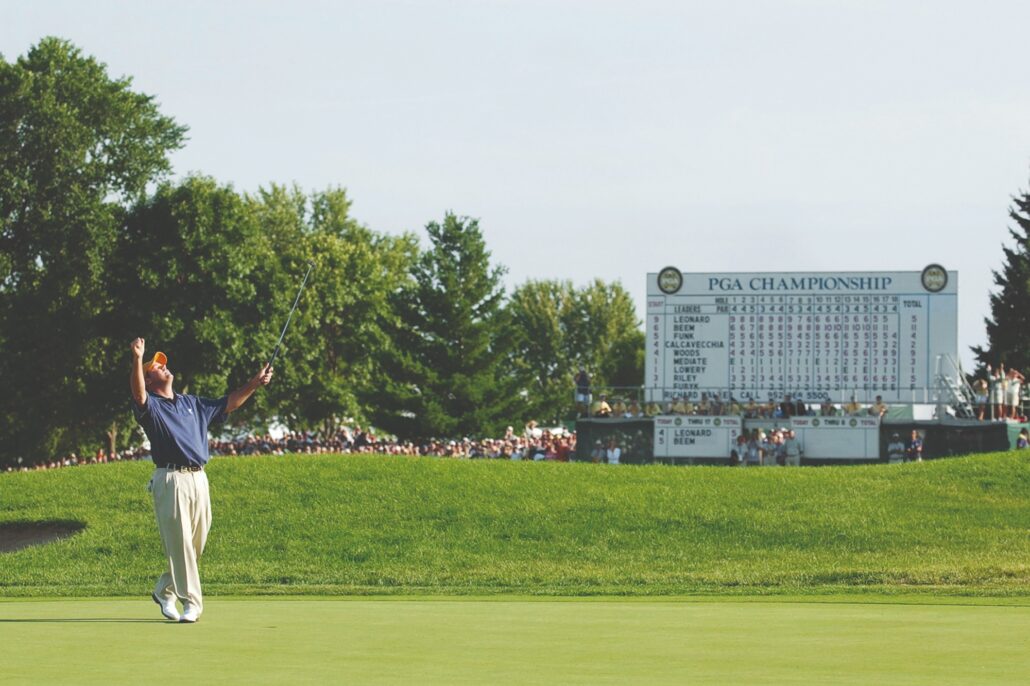 Few golfers can say they took on a prime Tiger Woods down the stretch in a major and won.

Only one can say they did so having been selling stereo equipment and earning $7 an hour just seven years earlier.

Rich Beem, come on down.

What made the win even more miraculous was that Woods, then the runaway World No 1 and eight-time major champion, birdied his last four holes to set the clubhouse lead at 9-under.

But Beem showed nerves of steel with an eagle at 11 before sinking a 40-foot birdie putt on 16 to win the PGA, his first and only major victory.

Prior to the 2003 PGA Championship at Oak Hill, Shaun Micheel had registered just two major appearances and came into the tournament as World No 169. But despite having odds of 250-1, Micheel fired 69-68 in the opening two rounds to grab a two-shot lead over Billy Andrade and that year’s Masters champion Mike Weir.

The American then stayed calm over the weekend, carding a third-round 69 to share the overnight lead with Chad Campbell and position himself three shots ahead of Weir in second.

Mirroring Rich Beem’s heroics the previous year, Micheel held his nerve and went on to win by two for was his first and, incredibly, only victory in 163 starts.

Woods had never lost when playing in the final group of one of the four majors, nor had he lost a 54-hole lead, so having overcome surgery the previous year, surely they could start etching his name into the Wanamaker Trophy for a fifth time.

The South Korean, who had only previously made the cut in two majors, wiped out a six-shot deficit to also become the first ever Asian to win a men’s major championship. 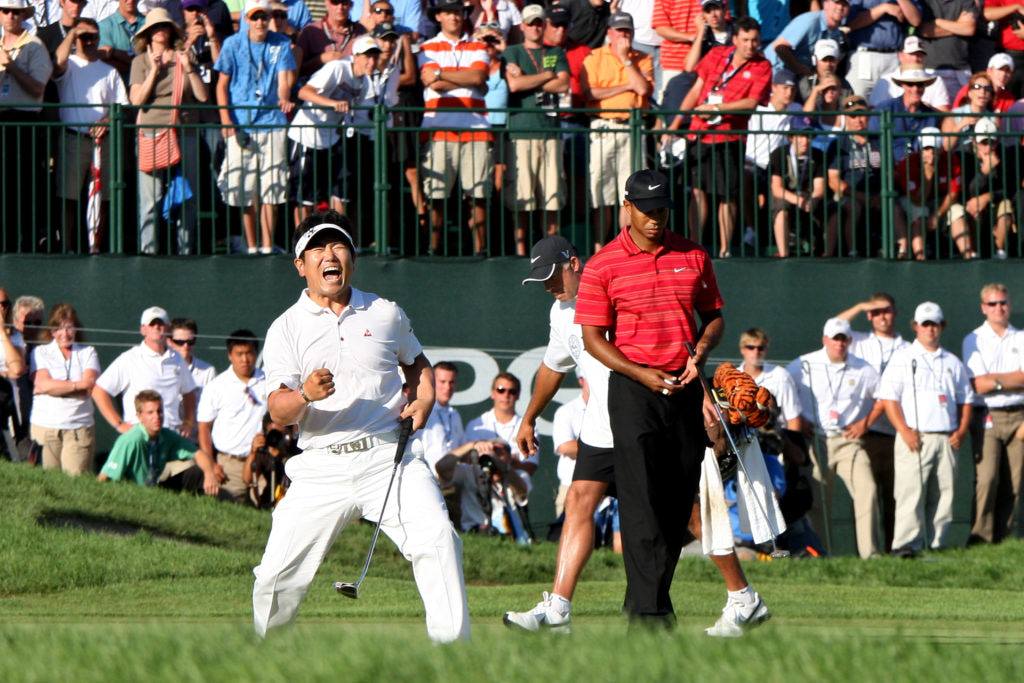 Players Championship prize money: How much each player earns at TPC...

“Whatever” – Mickelson Responds To Morikawa Jibe

England Golf: Clubs must cash in now on membership boom