Walton Heath Golf Club in Surrey was subjected to vandalism yesterday at the hands of four motorcyclists.

The bikers were filmed doing turns on a green before the rode away after being shouted out by onlookers.

The club said that the incident has been reported to the police.

“Unfortunately, as you may have seen, Sunday at around 18.45, we were subjected to vandalism by motorcyclists on the course,” Walton Heath wrote on Twitter with a video of the shocking incident.

“This has been taken to the police who are investigating but if anyone has any info, please contact the club or @SurreyPolice. We thank you for your support.”

The club’s Head Assistant Sam Smitherman posted these images below on social media including one of a badly-vandalised green.

Michael Mann, Course Manager at Walton Heath, explained: “Some of our greenkeeping team, who were just finishing their shift at 6.30pm last night, heard the motorbikes and ran out from our buildings in time to see the bikes on the 1st fairway and green of the New Course. One of our Club Members also witnessed the incident.

“We contacted Surrey Police, who confirmed that this was criminal damage and informed us that they would be investigating the incident. 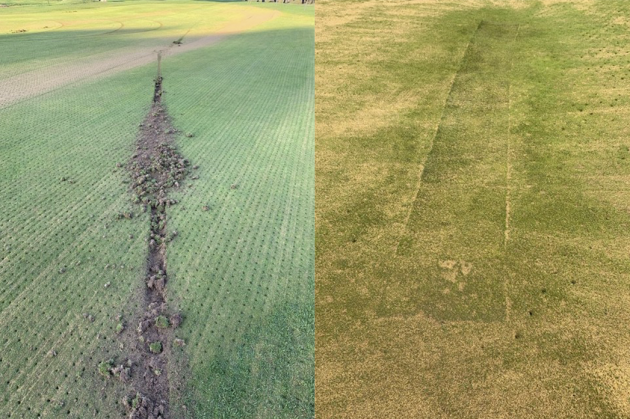 Left – The damage made by the motocyclists. Right – After greenkeepers repaired it

“The four motorcylists had performed ‘donuts’ and ‘wheelies’ on the green and fairway, causing the turf to be ripped up on the green and some superficial damage on the fairway. Thankfully, we have a turf nursery at Walton Heath and three of our team spent about five hours this morning repairing the damage by replacing the chewed-up turf and then top dressing the green.

“Thankfully, as the courses are not in use at the moment, the green should repair quickly and be playable when golf finally emerges from this lockdown.”

This comes during the UK’s Coronavirus lockdown where many clubs are open to public traffic including people like walkers and cyclists.

The 1981 Ryder Cup venue is home to two stunning heathland courses that both feature in Golf Monthly’s UK and Ireland Top 100 Courses list. 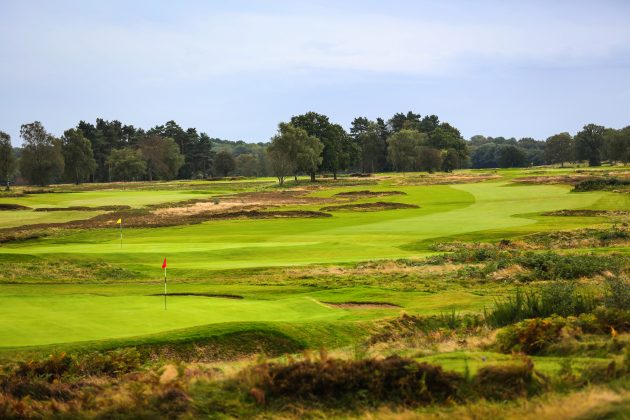 The club has hosted US Open Final Qualifying since 2005.

Both courses were designed by Herbert Fowler.

Northeast Amateur cancelled for the first time in its history

If We Work Together We Can Help Our Clubs Survive This...

The Best Golf Courses In Mauritius

PGA Tour: Did you enjoy watching golf’s return without crowds? |...