Several Scottish golf clubs are experiencing a surge in members after it became the last country in the UK to reopen its golf courses, with one saying 12 people joined just because they enjoyed walking around it during the lockdown.

Another said it is now set to have waiting lists for some membership categories for the first time this century.

As we reported earlier this week, Brora Golf Club, which feared it would close down permanently when the lockdown started in March, has brought in more than 80 new members, which has safeguarded its future.

Moray Golf Club has attracted around 100 new members, although a number of staff remain furloughed due to losses from the last couple of months and because facilities such as the bar and restaurant remain closed.

Several other clubs are reporting similar stories, reports The Scotsman.

“We have officially gone back to a waiting list,” said Kenny Monaghan, the PGA pro at Stirling Golf Club. “In the build up to us reopening, the secretary dropped off the best part of 20 new member packs that had come in over a 10-day period.

“This is my fifth year here and this is the third time now that we’ve had a waiting list in that time. The demand is definitely there for golf club membership at the moment, and I think that is being helped by most clubs deciding to go with members only initially for the restart and not allowing visitors for the time being.”

Aberdour Golf Club has seen nearly 70 members join – with about 12 of them joining as a direct result of walking on or close to the course for daily exercise.

“It’s a massive boost for the club, especially after losing 48 members at the end of last season across all the different categories,” said captain Steve David. “Of the 67 membership applications we’ve had, six or so are returning members who have possibly now got more time on their hands, but the largest cross section are the so-called ‘nomadic’ golfer who, probably as a result of changes due to the Covid-19 crisis, have decided to now join a local golf club. 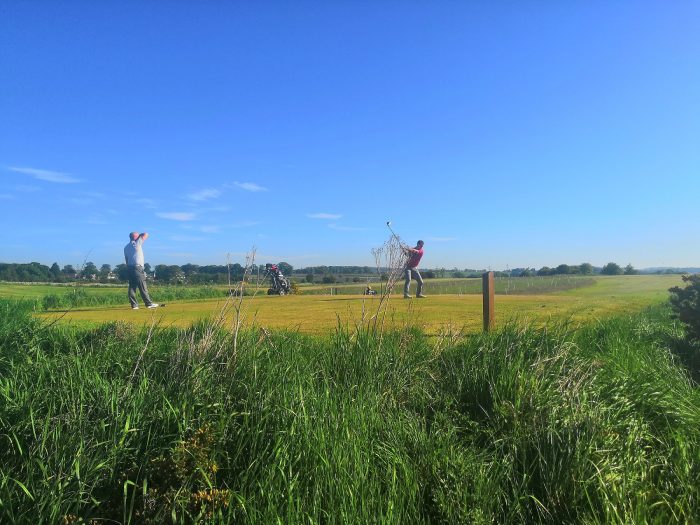 “The vast majority took advantage of an offer we pushed over 10 days recently, £500 cash upfront for 12 months’ membership. What is interesting is the age group seems to be mostly under 50s, including a fair number of even younger applicants.”

Craigmillar Park has signed up 80 new members and now hopes to put a cap on some categories for the first time this century.

Hamilton Golf Club vice-captain Iain Simmons told the Daily Record: “The members’ support for the club has been fantastic and it is great to see them back on the course.

“There has been a huge surge in interest towards the sport and we have been overwhelmed by the uptake from new members.

“The benefits on physical and mental health have been highlighted time and again and we hope to continue driving forward, always with the safety of our members and staff at the forefront.”

At Kirkhill Golf Club, 547 rounds of golf were played in the first two days of the club reopening.

Duncan Williamson, the PGA professional at Kirkhill, said: “We had 207 playing on Friday, 160 on Saturday and 180 played on Sunday, so it was just a conveyor belt.

“Players were only going out in two-balls and we had every time taken from 7am on Friday to 8.30pm on Sunday.

“Everyone was delighted with what the greenkeepers have done with the course. It was in great nick.

“It’s been so busy for two reasons – the weather and the condition of the course. It’s amazing,the best it’s ever been. That’s down to the greenkeepers doing such a great job.

“People are just desperate to get out and they are not worried with how they are playing for a change.”

Duncan added: “The members have been adhering to the rules and it’s been really safe, with no issues at all.

“The reason we’re doing two-balls is for track and trace, so that if anything happens we know who played and who they were in contact with.”

Elmwood Golf Course saw over 100 golfers a day on it last weekend as well.

Course manager Greg Kilgour said: “It was great to see the return of members to the course as restrictions were lifted.

“Since lockdown, the course has been used by the local community as an open area for exercise and walking dogs, and people are continuing to utilise the out-of-play areas, such as the woodland walks.

“The consideration shown to the greenkeeping team has been most welcome.

“The members have also been full of praise for the hard work put in by the team during lockdown and are now reaping the rewards.”

David MacFarlane, match secretary at Colville Park Golf Club, told the Motherwell Times that every tee time had been filled by members – playing in twoballs – on Friday and every day since.

“The booking system went live at 6pm on Thursday,” David said. “Within a minute, all 79 slots were booked.

“So, to try and maximise play, we have reduced the tee off times from every 10 minutes to every nine minutes.

“And we have extended the tee times. Instead of starting at 8am we are now starting at 7.40am during the week and 7.15am at the weekends.

“And the last tee time is now 9pm – for people to play six or eight holes – instead of 7pm.”

“It’s been busy every day,” Alan told the Carluke Gazette. “I was not in the least surprised that the tee times for the first five days were taken up so quickly.

“Because England opened up two and a half weeks ago and it followed exactly the same pattern there.

“There are no more than two playing in each group because it’s two households. Everyone understands social distancing, they have had no trouble at all.

“I think this is good for the popularity of golf in the future because people realise they can play golf and social distance very easily.”

And the new head of Scottish Golf has said it was “absolutely fantastic” to be back on the course after golf was given the green light to resume last Friday, albeit with strict restrictions in place.

Karin Sharp, who is also match secretary at Kirkcaldy Golf Club, said: “Having been involved in the conversations in the lead up over the past few weeks I wasn’t sure what my own individual approach to playing might be.

“When we put the tee booking platform live I still hadn’t quite decided, but I went in and had a look and saw there were still some early times on the first day.

“The weather forecast was good so I thought it was a really good opportunity for me.

“It meant I could get out, have a quick nine or ten holes, and still be back to do a day’s work.”

She added: “The weather was absolutely glorious, it was like golfing abroad!

“To be in shorts and short sleeves at six o’clock in the morning and having the golf course to yourself and to be back out was a really good moment.

“For some people that had been a couple of months, but in my case it was my first game of golf since September last year and I really couldn’t have asked for a better morning.

“It was great and it really teed me up for the day ahead. Having had that experience of golf reopening then listening to clubs’ and golfers’ feedback throughout the day was very motivating.

“You could really feel the pleasure that people were taking from it.

“That was certainly true of our membership across the weekend at Kirkcaldy. The enthusiasm, the excitement and the genuine joy from everybody in just being able to get back out was really nice to see.

“Across the membership at Kirkcaldy there has been lots of engagement; people are just genuinely delighted to be back out.

“From a membership renewal perspective it has been really positive, but equally we’ve had so many golf clubs telling us that they have had lots of new member enquiries and conversions, so that is great for the sport as well.” 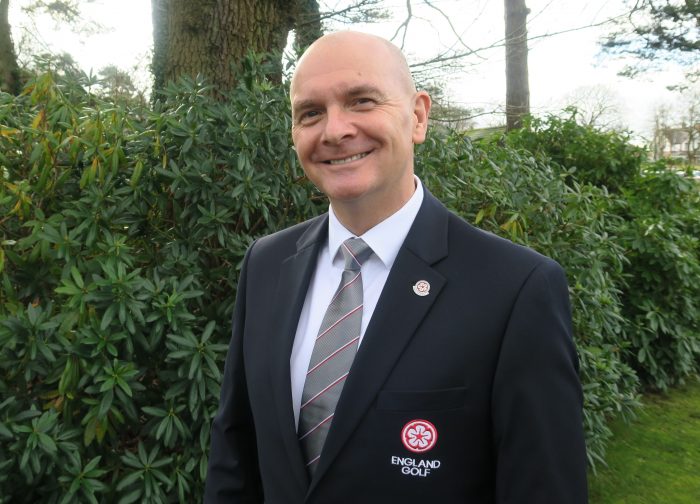 Her counterpart in England, England Golf chief executive Jeremy Tomlinson, has said the average English golf club saw a growth of 15 members in the first two weeks of the reopening of golf courses.

“It’s wonderful to hear of lapsed members returning to the game or newcomers embracing the fact that golf is one of the healthiest and safest sports around,” he said.

“It’s great news that many core values of golf club membership – camaraderie, freedom to play and a sense of belonging – once again have new meaning!”

What has the last few months been like for the golf industry in Europe?

GOLF-CHAT: Jack Cubitt – fire in the belly, flair on the...

Welsh Golf Clubs are Celebrating a 228% Spike in Members

Income is rising fast at most UK golf clubs