A player that has risen up the rankings fast, here we look inside the bag of Scottie Scheffler.

Scottie Scheffler What’s In The Bag?

After winning twice on the Korn Ferry Tour in 2019, American Scottie Scheffler has risen up the rankings incredibly quickly and is currently firmly entrenched in the world’s top-50 golfers. He will be looking to continue his rise to take that next step in his career.

What clubs does he currently use on the PGA Tour? Below we have taken a look.

Scheffler has one of the most interesting bags on tour thanks to its variety not just in terms of brands, but also in relation to the variety of old and new clubs in his setup.

For example at the top of the bag he carries a Ping G425 LST driver after having used the G400 version for a while.

Moving into the fairway wood slot, this has recently changed. For a long time, since 2011 in fact ,Scheffler has been using a Nike VR Pro Limited Edition three-wood but in January 2021 he cracked it.

“I had my wife pick up about 10 3-woods from the house that were all backups and she brought them to the range, and we found something that could work for the week… and right now I got a Callaway one in there. We’ll see how it goes.”

Speaking at the time he put a Callaway Mavrik design in there however he appears to have found another Nike VR Pro model because he played the 2021 Open Championship with one in the bag.

Scheffler then has two different models of Srixon iron for his three and four-irons. His three-iron is a Srixon Z U85 utility and his four is a Srixon Z785, the former of which often comes in and out of the bag. 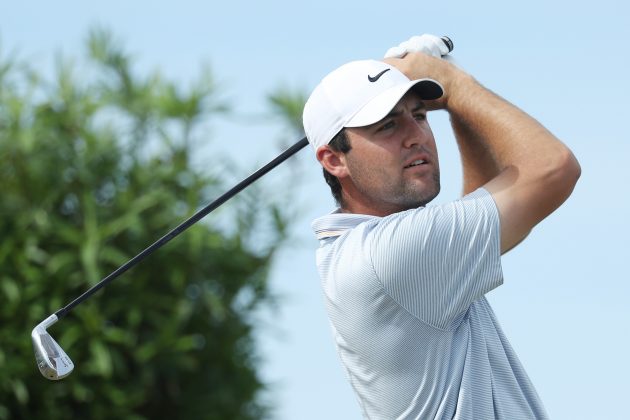 Then from five to pitching wedge he carries TaylorMade P7TW’s which replace the P730’s he had been using for a while.

The American uses three wedges at the moment, all three of which are Titleist Vokey SM8’s.

That being said it appears an Artisan 60 degree comes in and out of the setup too.

Speaking to PGA Tour.com about his Artisan Golf 60 degree wedge he said; “It’s a Mike Taylor design. He’s the guy that used to grind the Nike wedges and so I still like working with him.”

Finally his putter is a Scotty Cameron Newport Prototype and he games a Titleist Pro V1 ball.

Scottie Scheffler What’s In The Bag?

Golf is back at Royston Golf Club in April

Golf Courses to Play That You May Not Know |