As he embarks on his 15th season as a professional, Rory McIlroy reflects on a year which has, to date, seen him win two PGA Tour events, but fail to contend in the majors, briefly slip outside the world’s top 10 and endure a wretched Ryder Cup which all ended in tears

A far as years go on the CVs of most professional golfers, a season that currently features two wins and seven top-ten finishes would count as a pretty decent return. Well, it would if you weren’t called Rory McIlroy.
Ever since he burst onto the professional scene in 2007, aged just 17 – and for several years before that ­– big things have been expected of Rory. And for large chunks of his career he has delivered on that promise, and some.

Four major championships before he turned 25; 23 top-10 major finishes; 19 PGA Tour victories; 14 European Tour wins; three Race to Dubai titles; two FedEx Cup titles and a grip on the world no.1 spot for over 100 weeks. Throw in six Ryder Cup appearances and you have the makings of a pretty handy record.
But dig down through all the stats, all the Ws, and all money, and there remains the nagging feeling that Rory hasn’t quite got the results that his almost unfathomable talents deserve. OK, he’s still only 32, and maybe a year or two off his absolute golfing prime, but with all the miles already under his belt and all the other distractions that are now entering his life, it’s hard to know whether McIlroy’s best golfing years are behind him or still ahead of him.
Victories at last month’s CJ Cup, and another at the Wells Fargo Championship in May, maybe point to the latter, but his last win before that came at the WGC-HSBC Champions in China back in November 2019. He lost his world No.1 status in June last year and slipped down to 14th in the rankings – his worst position since November 2009 – before he rose back up to eighth following his win in Las Vegas last month.

And in a sport largely, and perhaps unfairly, judged by major championship wins, he’s not got his head in front in one since the PGA Championship in 2014 and he’s still agonisingly a Masters’ win away from completing the career grand slam of majors. And don’t mention that fourth place in the Tokyo Olympics, where he missed out in the seven-way play-off for bronze medal.
It’s perhaps no coincidence that Rory’s dip in form followed the start of the pandemic and arrival of his first child just over a year ago, but after the emotional turmoil caused by the heavy defeat in the Ryder Cup, it seems that the 32-yesar-old Northern Irishman is ready to reapply himself to being the best version of himself.

McIlroy, for his part, believes that despite all his past achievements, and let’s not forget, his immense wealth, he still has the desire and the hunger to return to the top of the golfing and thinks any questioning of his motivation to rediscover his best form is unfair and unwarranted.

“When I play my best, I still think I’m the best player in the world,” he boldly said ahead of his debut on the 21/22 PGA Tour at the CJ Cup, which, of course, he went on to win. “I haven’t played like that for a while, though, but I don’t feel like I need to go that far back to 18 months ago, when I was the No.1 player in the world.

“Obviously the last 18 months haven’t been what I’ve wanted them to be, but if you keep it in perspective, I’m not that far away. I’ve shown throughout my career that I care, that I want to win, that I want to be the best, and in that respect nothing has changed. Of course, there’s a ton of great players now that are playing really good golf, but you just have to try to not just keep up with that, but become better.”
There was no greater display of just how much McIlroy cares about his game than at last month’s Ryder Cup, when he broke down in tears while being interviewed moments after he had won his singles match – the only point he gained from four outings in Europe’s heavy defeat at Whistling Straits. The emotionally charged interview, which was full of home truths, went viral in minutes, and served to underline just how much the matches mean to him now, having once described the Ryder Cup as little more than an ‘exhibition’ during his youth in 2009. 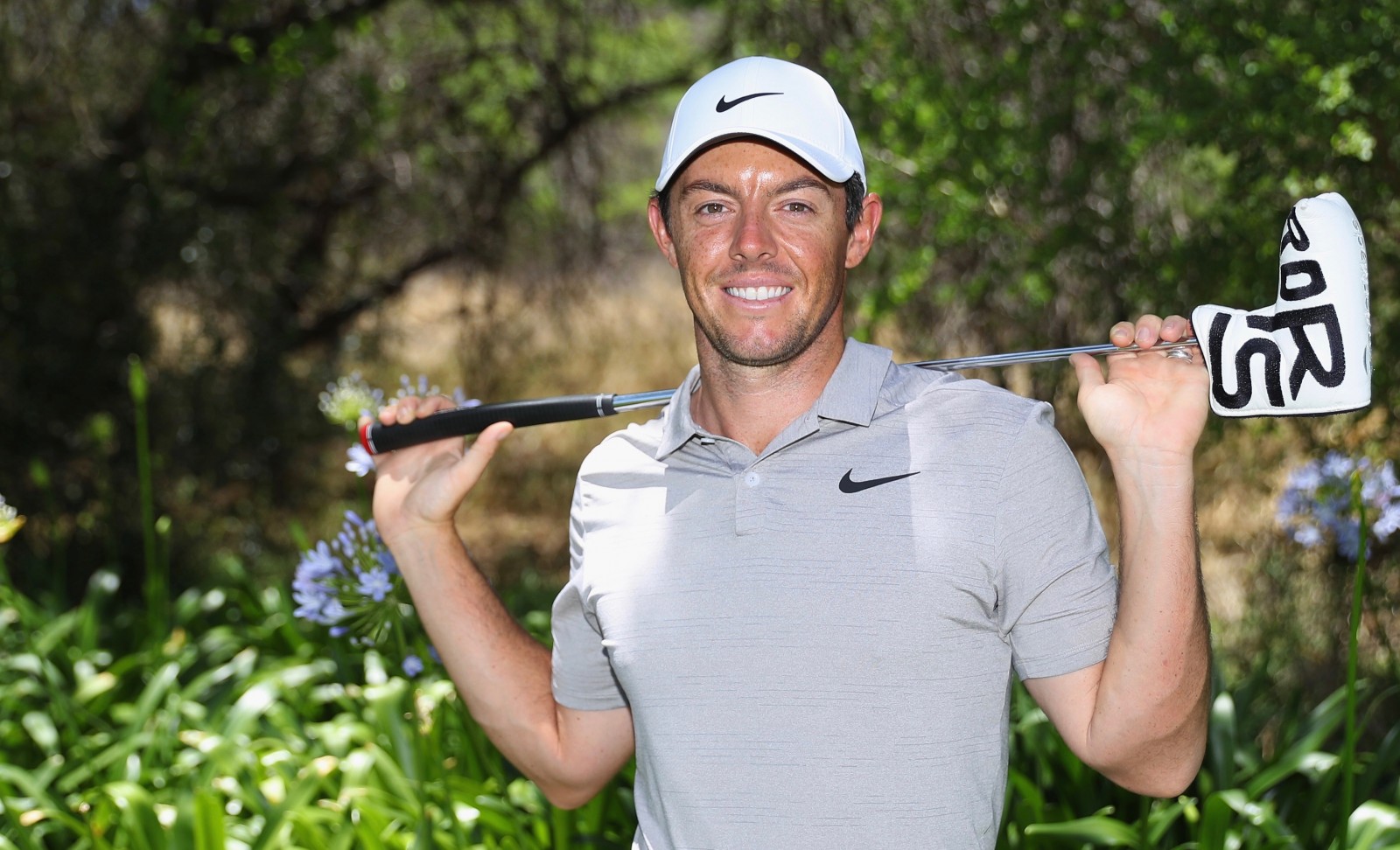 Looking back on that post-match interview, McIlroy admits to being surprised by his reaction, but also said that it showed that he lets himself off the hook too often. “I don’t necessarily get that emotional about golf, so I guess in that way it surprised me. But the Ryder Cup is always a very emotionally charged week,” he said. “I said afterwards that there were so many different thoughts and emotions. There was relief that I’d won a point, but there was frustration that I didn’t get more out of myself and disappointment I didn’t do more for the team. There were so many different emotions going through me there and it was all just a little overwhelming.”

He adds: “I think sometimes I give myself too easy a time of it and I try to play it off with talk of ‘golf not defining me’ or that I’ve got balance in my life and I’m happy away from the course, and that’s obviously very true, but if I’m honest, sometimes I maybe use that as a way to lessen the blow if I don’t play good golf.

“But I think it was a good thing for me. I think I realised a couple of things about myself that I hadn’t publicly acknowledged before. I was surprised at how emotional I got, but then after a little bit of reflection over the last couple of weeks, I sort of realised why I did get that way.”

The six-time Ryder Cup player insists that Padraig Harrington couldn’t have done any more and that Europe just didn’t hit quality golf shots or hole their fair share of putts. He says: “There’s not much more Padraig could have done. Sure, the captains set the tone and they create a little bit of the culture around the team, but at the end of the day it’s the players that are out there hitting the shots and trying to hole the putts, and Europe didn’t hit the shots or hole the putts. When you look back on it, America just holed so many more putts than we did and got momentum early. And when you’re the away side and trying to fight back from that, it’s very difficult. I certainly couldn’t criticize anything that Padraig did. It was on the players to play better golf and we didn’t do that.”

Returning to his own prospects, McIlroy is adamant that getting back to basics, and not trying to beat other players at their own game, as he admits he did with Bryson DeChambeau when he came out with his new power game, will be his route back to the top.

“There was a lot of reflection the last couple weeks and this is what I need to do. I just need to play golf, I need to simplify it, I need to just be me. For the last few months I’ve been trying to be someone else to try to get better and I’ve realised that being me is enough. I know that when I do the things that I do well, I’m capable of winning a lot of events and being the best player in the world.

“It’s just a matter of getting back to playing golf my way. That starts with being creative and being visual and not being so technical with it. To get to 20 wins out here is a big achievement. I didn’t know if it was going to be this week, but I knew if I just kept my head down and kept playing well and doing the right things, eventually I’d get there. I want to get back to that point where I’m knocking off four or five wins a year.”

With 20 wins comes lifetime membership on the PGA Tour, once you’ve played 15 seasons. For McIlroy that will become official at the beginning of the 2023-24 season. “It’s pretty significant, not having to worry about minimums on Tour and being able to really set a schedule, and especially at that point when kids will be getting to school age and maybe wanting to spend a little bit more time at home, that’s important. When you look to the bigger things in life, getting to that level, I can pick and choose where I play nowadays anyway, but that makes it even better and less of a burden.”

Nationality law approved by the President

Tiger Woods OUT of US PGA

Rules of Golf explained: Do I need to mark my ball...

Tour pro details extraordinary race to get out of…