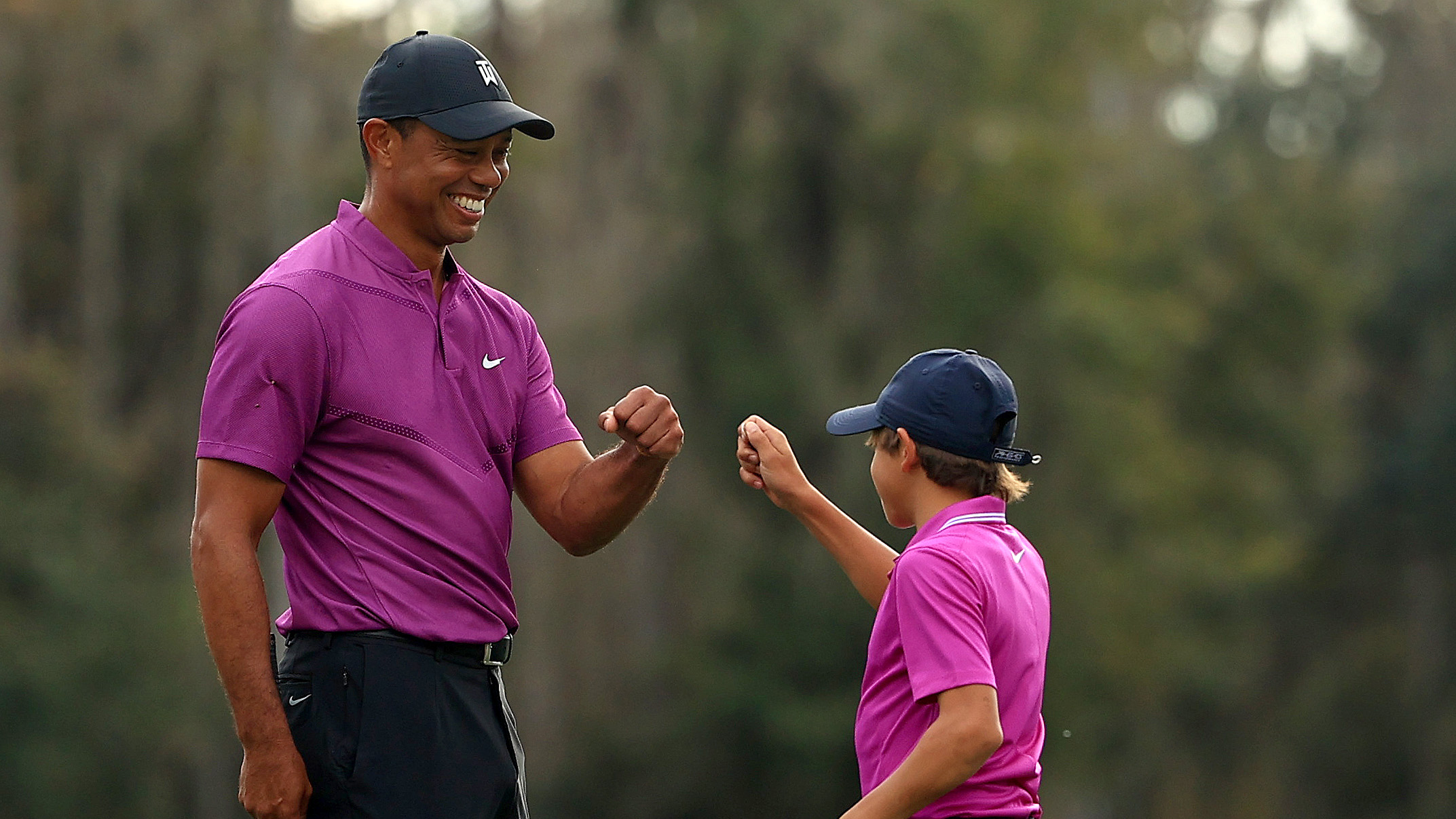 Tiger Woods makes his comeback to competitive golf at this year’s PNC Championship alongside his son, Charlie. It’ll be the 15-time Major champion’s first competitive round since the same event last year and, more poignantly, his first tournament back since his life-threatening LA car crash in February.

Anticipation to see Woods Snr in action is understandably high, so here’s everything you need to know about the event…

Where is the PNC Championship being played?

The Ritz-Carlton Golf Club in Orlando will play host to the PNC Championship, as it has done since 2012. Some of the biggest names in the game will battle it out over the par-72 layout designed by two-time Open winner Greg Norman.

Playing its full yardage, the course measures 7,234 yards, but there will be a mixture of forward and back tees in operation to accommodate the varying levels of ability. Featuring wide fairways, plenty of hazards and receptive yet challenging putting surfaces, it provides an ideal setting for a tournament of this nature.

Only Major champions or past winners of the Players Championship are eligible to enter a team into this tournament, hence it boasts an incredible entry list year-on-year.

The two-round event runs across the weekend of December 18-19 and will be played under Texas Scramble rules. So both players tee off and choose the best spot from which to play the next shot, with the process repeating until the ball is in the hole.

It makes for an exciting birdie fest that often results in pairings breaking the 60 mark. Justin Thomas and father, Mike, shot 25-under last year to win by one from Vijay and Qass Singh, with Team Woods a further four shots back in seventh place.

Is the PNC Championship on TV?

In the UK, Sky Sports Golf is where you’ll be able to watch the PNC Championship live along with every tournament from the PGA and European Tours.

In the US, TV coverage will be split between NBC and the Golf Channel, while exclusive early action will be available on streaming service, Peacock. This means the best all-in-one option for PGA fans is to check out a FREE 1-week Hulu + Live TV trial.

Tee times for rounds one and two are yet to be released but we will update this page as and when they are.

PNC Championship Live Stream: How to watch from outside your country

There are loads of easy ways to watch golf in 2021 including in the US, UK and almost anywhere else in the world. Below we have a full list of options but anyone away from their home country can still watch the action by using VPNs.

VPNs allow you to get around any geo-blocking and and let you watch the same legal, high-quality golf live stream you would at home.

ExpressVPN is one of the best out there. It’s easy to use, boasts strong security features, is very easy to setup and is compatible with most major streaming devices, including the  Amazon Fire TV Stick, Apple TV, Xbox and PlayStation.

Best of all, ExpressVPN comes with a 30 day money back guarantee. This is the #1 rated VPN in the world right now. You can try it out for a month for free or sign up for an annual plan and get 3 months absolutely free.

NBC’s Golf Channel will televise the action during the week as will Peacock.

Bearing this in mind you can access the Golf Channel through streaming options such as AT&T TV Now and fuboTV.

AT&T TV Now starts at around $55 a month but does have a 7-day free trial.

While fuboTV also offers the Golf Channel and 100+ other channels and also has a 7-day free trial.

In the UK, Sky Sports should be your first port of call as Sky Sports Golf and will televise the action from the event.

At the moment Sky has some great deals on Sky Sports for those looking to upgrade and those looking sign up to Sky for the first time.

You can get all eight Sky Sports Channels in HD for just £25 a month which not only includes all the golf action, but you can also watch the football, cricket, Formula 1, NFL and a whole host of other sporting events.

The PGA Tour coverage in Australia obviously means getting something great to watch early in the morning.

As ever in Australia the most comprehensive golf coverage is offered by Kayo Sports where you can watch Fox Sports that broadcasts the PGA Tour coverage. Not only can you watch the PNC Championship here, it has all the PGA Tour, European Tour events and the Majors. It also has events on the LPGA as well.

It of course also offers access to over 50 sports live and on-demand, with some its big name channels including Fox Sports, ESPN, and beIN Sports.

It’s also fantastic value at either $25 for Kayo Basic or $35 for Kayo Premium. Basic lets you stream sport on two devices at once, while Premium allows you to watch on up to three screens simultaneously, so it represents great value if your household has different sporting tastes or you’re splitting the cost of the subscription. There’s even a free 14-day trial.

As ever, Aussies out of the country can access their favourite streaming service just like they would at home can use a VPN to watch their PGA Tour live stream of choice.

We recommend VPN services in the context of legal recreational uses. For example

1. Accessing a service from another country (subject to the terms and conditions of that service) 2. Protecting your online security and strengthening your online privacy when abroad

We do not support or condone the illegal or malicious use of VPN services.

Consuming pirated content that is paid-for is neither endorsed nor approved by Future Publishing.

Ryder Cup: Lee Westwood plays down prospect of being…

Bifurcation is happening! Golf equipment rules to change to help YOU...