A new road linking Ferragudo to Lagoa and described by the local council as a “long-time dream of the population” is due to begin construction in early 2021.

Says Lagoa Council, the two towns will be just a “five-minute drive” away from each other. The road will be built along the Vale de Deus water canal by the Pestana hotel group as a counterpart for their plan to build a new golf course in the area.

Described as the new Pestana Ferragudo Resort, it will include the golf course and will be built just a stone’s throw away from the hotel group’s existing Gramacho Residences apart-hotel and golf course, cementing the group’s presence in the borough.

But the road is just one of the works that has been announced.

In order to receive the council’s ‘thumbs up’, the developer also vowed to create retention basins (used to manage rainwater runoff) to minimise the risks of sudden floods in Ferragudo. This will also allow the collected water to be used to water the golf course.

The works are due to begin soon, says the local council.

“Although they are carried out by a private developer, these works will have a positive impact on the public area and will create new jobs,” it adds.

Pestana will also have to safeguard the archaeological heritage of the 94-hectare area it will be building on, including “all the remaining wells, threshing floors, tanks” and all other historic remains.

The renovation of the ‘azinhaga’ – the word used to describe a rural trail bordered by high walls or bushes – between Poço dos Pardais and Via do Vale do Regato is also included in the deal, signed on February 28, between Pestana and the local council.

This will “likely be the last golf course” to receive a green light from the local council, mayor Luís Encarnação said in a press statement. 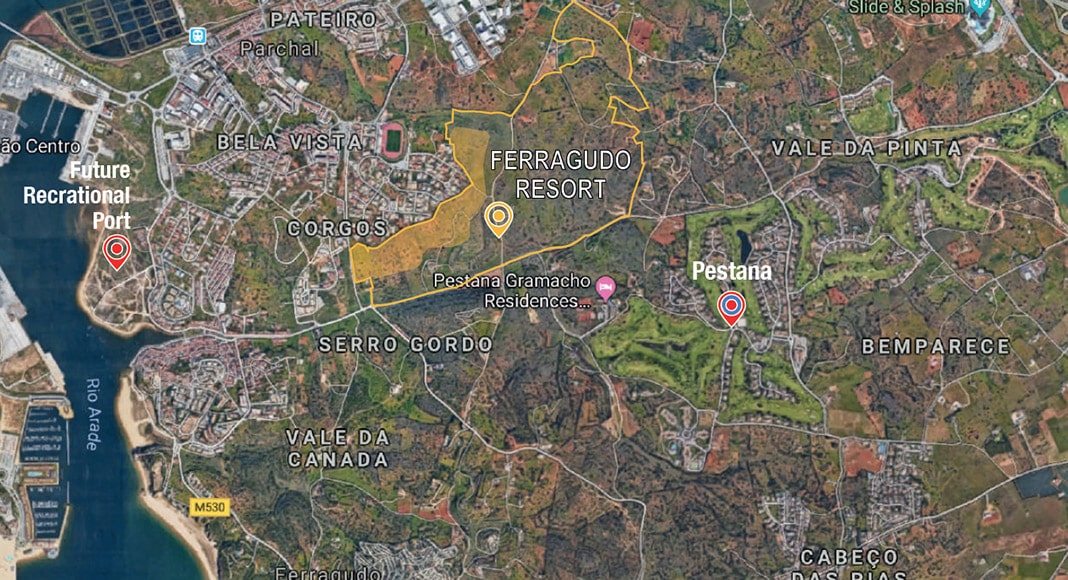 Best Golf Carts – Our Guide To The Top Models Right...

Rules of Golf explained: Can I line up my ball without...

The Algarve: The original and best

Portuguese moving to the UK down 72%