The president of a Scottish golf club that feared it would close down in March has said the club’s future is now secure due to the increase in membership sales, while an English venue has said it is already taking staff off of furlough.

However, it’s far from all good news as, in an example of how the financial ramifications of Covid-19 has hurt different clubs depending on their individual circumstances, a Scottish golf club has been forced to impose a £100 levy on all its members in order to stay afloat.

Brora Golf Club feared for its future in late March when the club was told to close, but just two months on it is saying its future has now been safeguarded.

Five-time Open champion Tom Watson, an honorary member, also tweeted his support, with social media influencers No Laying Up donating money through an exclusive towel sale. Given Brora only boasts a small number of local members in a remote part of Scotland, imaginative new membership categories such as Lifetime Membership, The Tern Club and Platinum Membership have drawn new members from across the globe. Tee sponsorship has also proved popular.

Indeed, seven individuals have paid £10,000 each for the unique Platinum Membership option to help the club sit in a far healthier financial position going forward.

President Andy Stewart said: “We were looking forward to a bumper year of visitor numbers, projected at £350,000, before the COVID-19 pandemic halted us in our tracks in March. With a dependence on visitor income, we have had to be creative in our thinking to drive new revenue and we have simply been overwhelmed with the love for us from across the world.

“Tony Gill, our general manager, has been dealing with a flood of emails about memberships and various offers of support, while Malcolm has done a great job on social media to spread the word to our growing audiences and enjoy large shop sales. I think we always knew we had members and visitors who love our links. But, when that support all comes together at once, I think it has just been incredible for all of us to realise just how well regarded the golf club is. It really has been fantastic.”

Stewart, who has seen the club add over 80 new members and generate 500 online pro shop sales, added: “It’s almost like the world now understands what we have here at Brora and people realised we have a club worth saving. We offer our thanks to all who have supported us and look forward to seeing members and visitors enjoying Brora again in the weeks and months ahead.”

Similarly, in Derbyshire, Buxton and High Peak Golf Club has said business has been so strong in the last few weeks that it has been able to unfurlough some staff, even though many of the club’s indoor facilities remain closed. 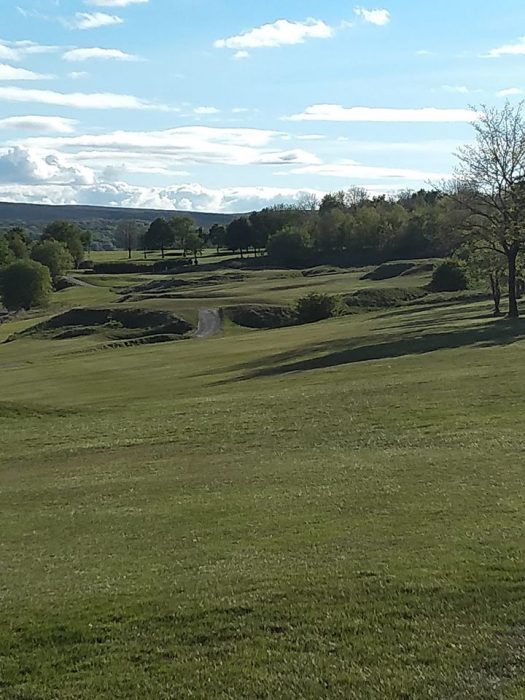 The club’s meda manager, Richard Pattrick, said: “We have spare capacity on the course normally. We had no idea what would happen because so many people have been furloughed.

“The course is fairly busy and some days it is fully booked. It is pragmatic, it is sensible, we need the money to keep it ticking over.

“We have unfurloughed some of the staff and the club pro and secretary, they need to be paid.”

During lockdown only senior greenkeeper Steve Norton was on hand to look after the course and make sure it was good to go as soon as permission was granted.

“There is talk that if social distancing is allowed in pubs and bars, we will turn the putting green into an open air beer garden, where you can social distance.

“So many players are coming off the course and wishing they could just have a pint.

“That is the next plan, people would be coming in off the course in dribs and drabs rather than big lumps when you have a competition day.”

Not every club is reporting good financial news, however.

Portlethen Golf Club in Aberdeenshire has been particularly hard hit as it was due to co-host The Scottish Amateur Championship, which has been cancelled. This was on top of lost income during the lockdown and the club was not able to secure an emergency £25,000 grant from the Scottish government. 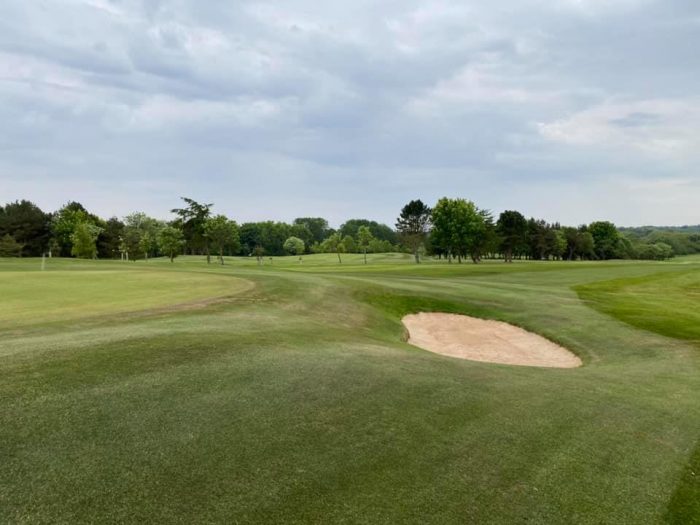 Club captain Dave Fleming told the Evening Express: “We missed out on receiving the initial £25,000 grant for retail, hospitality and leisure businesses because our rateable value is £61,500 – which we are appealing.

“It seems unfair to us that similar clubs in the area have a much less rateable value.

“As if matters could not get any worse, we were informed that we qualified for the additional grant fund that was subsequently made available to the sector, only to be told later we did not.

“We are now appealing this decision and have asked local councillors, MSPs and MPs for assistance.

“All these factors have resulted in our committee taking a prudent approach and imposing a ‘one-off’ levy of £100 on the playing membership. It will generate about £53,000 and help us through the year.

“In Scottish golfing terms, we are a relatively new club and are still paying the borrowing required to establish the course over 30 years ago.

“We do not have any financial reserves to fall back on and, as a private members’ club, we need to take action to balance the books.”

He added: “Despite furloughing all staff other than our club manager / secretary and our head greenkeeper to ensure the club and course survive, the drop in income means we were left with little other option.

“Our cash position is not critical just now but as we don’t know when our income will recommence we must act to ensure we do not run into a problem ahead of next year’s membership fees.

“While several members are naturally unhappy at the compulsory levy, the vast majority appreciate the realities of the situation.”

Portugal holiday prices as low as £155 for seven nights amid...

Historic UK golf club to close: “We are finished”