LIV Golf has released the names of all 48 players scheduled to take part in the second tournament of the LIV Golf Invitational Series which is taking place from June 30-July 2 at Pumpkin Ridge Golf Club in Oregon, USA.

The field will feature nine of the last 21 major winners, four former world No.1s, and nearly half of its competitors currently ranked in the top 100. Twelve different countries are represented, with the players winning a combined 20 major titles.

Greg Norman, CEO of LIV Golf, said: “Coming off our successful launch in London, we take another leap forward with our strengthened field for Portland. Record-setting champions, global ambassadors and rising stars are showing that players are eager to get involved with our innovative model that stresses camaraderie, competition, and above all, fun, that drives a new and entertaining product for today’s golf fans.”

Talking about the signing of Brooks Koepka, Norman added: “There’s no understating the impact that Brooks has had on the game of golf in the last five years. He carries a championship pedigree and record of success as one of the most elite players in the world. The addition of Brooks is yet another example of the incredible fields LIV Golf is assembling as we build momentum in our first season and look towards the future. I’m proud of this field and our entire team that is committed to creating a new and exciting future for this sport.”

The 48-man field in Portland will play in 12 teams of four players each. Teams will be announced on June 28 following a draft during which team captains will select players from the field via a snake format.

It was announced earlier this month that any PGA Tour players involved in the LIV Series would be indefinitely suspended from the PGA Tour. A letter confirming that was sent to PGA Tour members by commissioner Jay Monahan shortly after the opening LIV Golf tournament got under way at Centurion Club in Hertfordshire on June 9.

The DP World Tour is still yet to make an official announcement on its stance on its members playing in the series, although its strategic alliance with the PGA Tour means that it will be under pressure to follow the PGA Tour’s lead.

Sergio Garcia and Louis Oosthuizen, who both played at Centurion in the first LIV Golf event event, are taking part in this week’s BMW International Open in Germany. 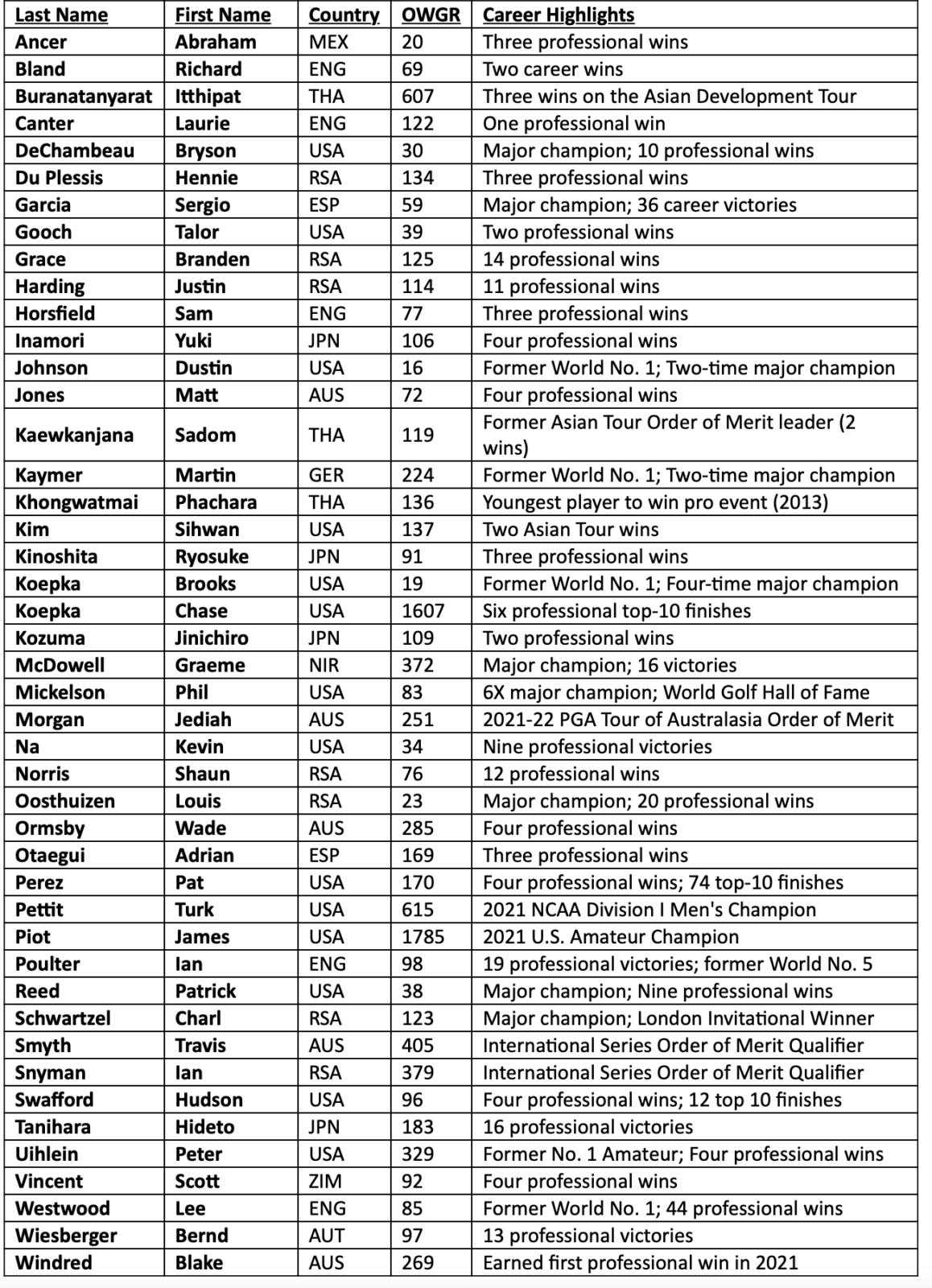 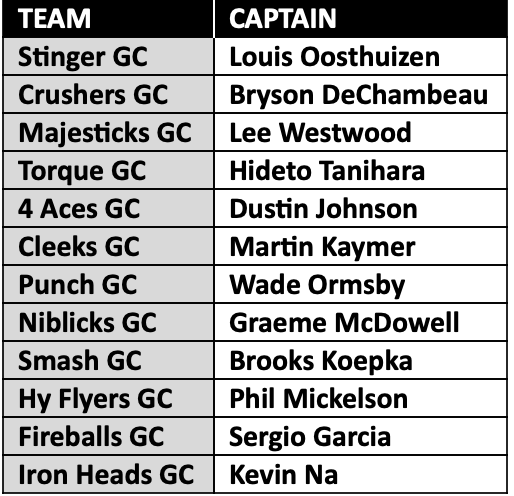 Shock as tour chiefs recuse themselves from LIV OWGR vote

Larry Hogan to Trump: ‘Stop golfing and concede’ the election

Who Is Justin Thomas’ Caddie?

Anna Nordqvist Gives Her Thoughts On Players Pulling Out Of Olympics

The brand looking to change the way we think about the...