Lee Westwood takes us back to square one, a nightmare start for the DP World Tour, and (another) Tiger Woods update. Alex Perry wraps up the week’s talking points in The Slam

Hello. Welcome to this week’s edition of The Slam. As is the case every December, the nights draw in, the weather turns, and I wonder if I can take a few Sunday nights off from writing this column. But no, the big names just keep making the headlines, don’t they? Despite most of the tours now on their winter hiatus, we’ve got Ryder Cup captains chat, DP World Tour disasters, and (more) Tiger Woods speculation. Let’s dive right in, shall we?

And if, like the rest of the golf world, you had got pretty comfortable with the idea that Lee Westwood will lead the Europeans out in Rome in two years’ time, then I hope you’re sitting down.

The Englishman has told his good friend James Corrigan at the Telegraph that he’s not interested in taking on the job while he’s “in the top 50 and still competitive” – Westwood is currently the World No 38, and Jon Rahm, Rory McIlroy, Viktor Hovland, Tyrrell Hatton, Matt Fitzpatrick and Paul Casey the only Europeans ranked above him – and the lure of earning a record 12th cap as well as becoming the competition’s oldest ever player is seemingly too strong.

“It is not a decision I’ve taken lightly as it would be a huge honour to captain Europe and it is something I’d love to do one day, but it’s almost a full-time job nowadays and that is something I can’t commit to,” Westwood said. “The Ryder Cup is very close to my heart and I would only take on the role if I believe I could give it 100 per cent.”

With Ian Poulter surely the man to lead Europe at Bethpage in front of that baying New York crowd in 2025, and Graeme McDowell to take the reins on Irish soil two years later, it means Westwood may have to wait until 2029 for his chance.

So who will captain in Rome? Corrigan says Luke Donald and Henrik Stenson have been sounded out and both are interested. They make sense and it feels like whichever one doesn’t get it will miss out entirely.

Good luck to Westwood in his bid to make it to Rome. As for us and our speculation, it’s back to the ol’ drawing board, I suppose…

Could the DP World Tour have gotten off to a worse start?

As news broke of a new Covid variant being discovered, South Africa was slapped back on the red list by our bumbling government and travel restrictions meant more than 20 players – mostly from the UK – were forced to withdraw from the Joburg Open in a bid to get home before the midday flight ban.

The tour later announced that, while the season’s opener would finish as normal, next week’s SA Open will go ahead as a Sunshine Tour event, and the Alfred Dunhill Championship will be cancelled.

Then the weather turned and the Joburg Open was cancelled midway through the third round and the tournament reduced to 36 holes.

After the grand announcement of the newly renamed DP World Tour in Dubai, it did feel rather anticlimactic that the opening event would be the very next week with one of the weakest fields of the year.

Now the decision has turned into something of a PR disaster – especially when they could have just had a few weeks off and started life under the DP World banner in the glitz and glamour of Abu Dhabi for the HSBC Championship – a Rolex Series event which already has the likes of Rory McIlroy and newly-crowned Race to Dubai champion Collin Morikawa committed.

Golfweek’s Eamon Lynch has reported that the organisers of the PNC Challenge – in which Tiger Woods competed alongside son Charlie last year – have kept a spot open for the 15-time major champion.

Since suffering horrific leg injuries in that car smash in February, Woods’ has been spotted watching Charlie at junior events and last week broke the internet with a short video of him hitting balls.

We’ll find out more when Woods hosts his annual Hero World Challenge in the Bahamas next month, but as for him competing any time soon, let alone before Santa, I’m filing that firmly under “don’t hold your breath”.

So who won this week?

The farcical events in South Africa shouldn’t take away from Thriston Lawrence earning his first tour win and making himself a future pub quiz answer thanks to back-to-back 65s at the Joburg Open. 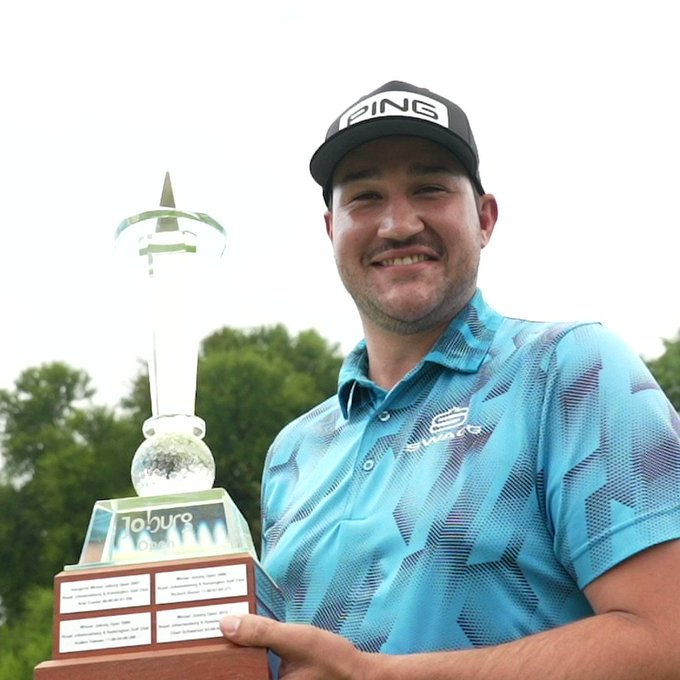 The Ladies European Tour season came to a conclusion in Spain and we already knew that teenage sensation Atthaya Thitikul had scooped the Order of Merit in her debut season, but it was local favourite Carlota Ciganda who triumphed in the final event of the season. 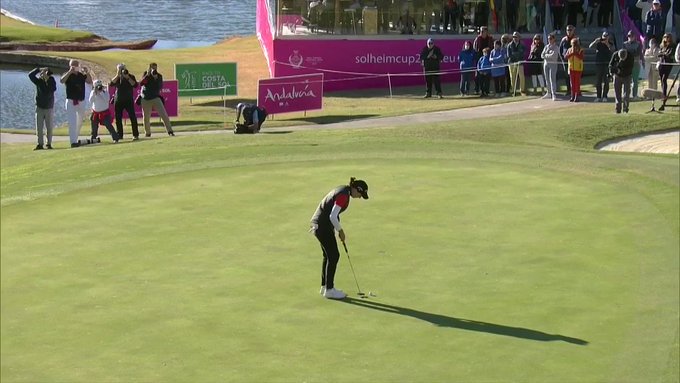 Right, that’s enough for another week. I’m off to put my slippers on and binge on Parks and Rec. You can follow me on Twitter if you want, but why would you?

Play well this week – and wrap up warm.

Can you name the world’s top 20 players from Christmas 2011?

“It’s Getting There” – McIlroy After Rollercoaster Open Third Round

Team captains, names and logos leaked ahead of LIV…

Why McIlroy Had “A Few Million Reasons To Feel Better” After...

Mark James on USA Ryder Cup fans: ‘They will heckle, they...