Play it as it lies. It’s one line which is drilled into every golfer from the minute they pick up a club. But, on rare occasions, circumstances prevent the old age stipulation from happening as we are forced to take other measures with the ball unplayable.

Sometimes even Tour stars find themselves in these bizarre situations where it’s simply not fair or practical to play the ball, as Danny Willett hilariously experienced during day three of the British Masters.

Willett struggled with the putter as he posted a 74 to leave himself seven shots off the lead going into the final round at The Belfry, but the flatstick wasn’t the tournament host’s only obstruction during that day…

Going for the green in two on the par-5 15th, Willet pushed his approach shot way right towards a group of spectators. Unbelievably, the Englishman’s ball somehow landed underneath a fans, er, backside, wedged between himself and his camping chair.

“Is that ball plugged?” joked the Sky Sports commentary team as Willett walked up to the green and discovered the surprise placement of his wayward 3-wood. 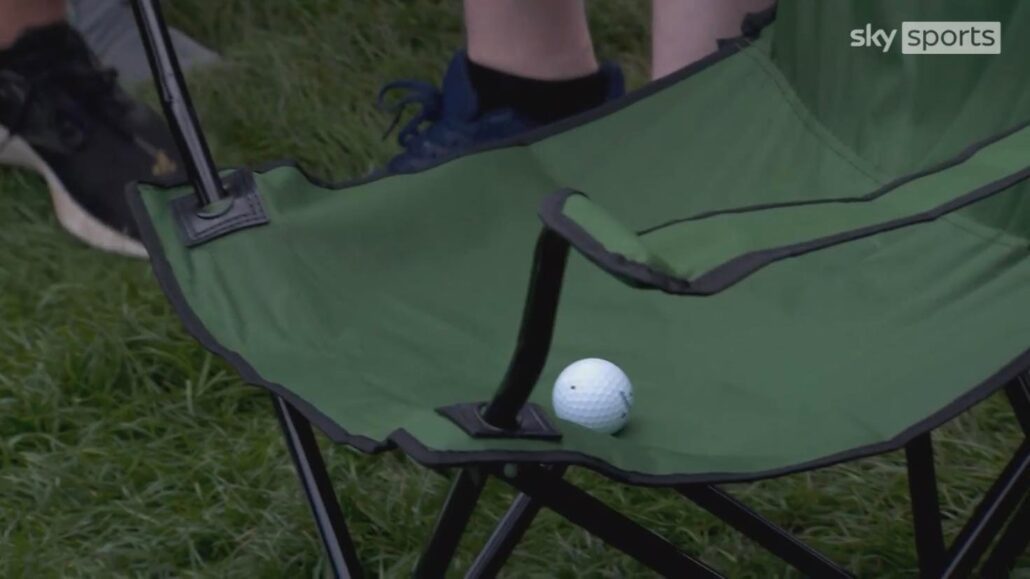 Quite unsure exactly what to do, Willett was forced to wait for a rules official to come over as the fan dared not move a muscle with the ball still underneath him.

Eventually Willett was given an appropriate drop directly below where the spectator’s chair was situated. As per Rule 15.2 – expertly explained by our very own Steve Carroll here – if an object is obstructing your golf ball anywhere on the golf course except for the green, you can lift it, remove it, and then drop the original ball – or a replacement if you wish.

So that’s exactly what the 2016 Masters winner did, right before sharing some banter with the home crowds and giving the fan a signed ball for his troubles. (Though not the same he’d been sat on for a few minutes!)

Willett would go onto make an unorthodox par, giving the assisting fan a memory he will remember forever.

Should The Ryder Cup Be At A Neutral Venue?

Bombs away! Who are the best drivers on tour? We’ve studied...

The Business of Golf – News