The TaylorMade Stealth driver was launched in 2022 after more than two decades of painstaking research and development. Hannah Holden tells the fascinating story

When you test the latest driver, you expect to see an improvement in performance. So the question for TaylorMade, and indeed any equipment manufacturer, is how do they keep getting better and better?

The years where it’s easier are the years where we’ve created a problem. New technology usually creates some other change that we can then find a solution to. The problem and the question change every year. So sometimes a problem presents itself that you have to go chase and solve.

Chasing solutions is exactly how the TaylorMade Stealth driver was born. But it’s been a long and drawn-out process that began at the turn of the millennium. This is the story…

When TaylorMade first started working on technology for the carbonwood, drivers were only 300cc, and titanium.

This meant the centre of gravity was higher in the clubhead, as the titanium crown carried significant weight.

It was clear the weight issue was going to be the biggest to overcome in future driver designs. Finding a lighter material to use in the clubface would mean the weight could be moved lower and to the perimeter of the club to optimise the centre of gravity, launch, and forgiveness.

TaylorMade explored carbon fibre purely on its lightweight properties, and would mean weight could be redistributed into more optimal places.

But there was one big problem. Carbon fibre does not like to be impacted. In a golf club, which is being used over and over to hit shots, a serious amount of force is expended into the clubface.

If you think of how carbon fibre is used in other sports, such as Formula One, if anything hits a part, it is replaced. Clearly, golfers could not change the clubface every time they hit a golf ball!

It’s difficult to comprehend that TaylorMade spent seven years researching and refining how to make carbon withstand the impact of a golf ball. Indeed, the initial prototypes would explode after just two shots.

There was another problem to solve. Carbon fibre is so delicate a single grain of sand between the clubface and ball was enough to put a chip in it. So what could cover the carbon to protect the surface?

At first a titanium cover looked promising. It created optimal launch and spin conditions, but it wasn’t great for ball speed. Having metal in front of the composite also penalised TaylorMade too strongly on the characteristic time rule, which is the amount of time there is contact between the clubface and ball.

The cover needed to be something other than metal.

This is where the golf ball team joined the party. Over 18 months, 50 formulations of different polymers were created in the lab. It needed to stand up to thousands and thousands of shots and be abrasive resistant. Also, was it clear, and could it be moulded?

The final polyurethane blend worked perfectly. That is until you tested it with wet golf balls. The balls would skid and slide up the face. This delivered excellent high launch conditions but there was no spin.

How can we hit wet golf balls? With more friction, so they looked at roughening up the face. Score lines were added, which quickly solved the issue.

Player testing could finally begin. The data was collated, and the driver was launching half a degree lower and with 150rpm more spin than TaylorMade wanted.

Does the average golfer care about that? Probably not. But the guys on tour are going to care about that right half a degree of launch and a couple of hundred RPM spins too much. Tiger’s going to notice that!

Now TaylorMade had a dry spin problem and they knew they had done all they could in terms of score lines. A six-month study was launched, studying ball impacts and what exactly happens, and how spin is generated.

The findings were counterintuitive. So how could TaylorMade create low friction on impact and high friction as the golf ball leaves the face? An asymmetric sawtooth pattern was the answer.

Of course, it wasn’t that simple. The USGA has a rule that says the roughness on a clubface must be under 4.6 micrometres – that’s 0.0046 millimetres. The engineers looked at more than 100 textures, individually CNC milling the design onto cast urethane parts and then robot testing them.

To adhere to the rules, the height of the CNC milling is 18 microns. To put that in perspective, a single human hair is 50 to 100 microns. This texture is off-the-charts small. There are thousands of “teeth”, so small they’re barely visible to the naked eye.

To achieve this, TaylorMade had to install new machinery and have specialists from Germany fly in to get it accurate enough to measure their designs. After 18 months of research they finally cast the part and tested it on the robot.

Fortunately, the testing fixture was symmetrical. In an act of near desperation, the team flipped it over to see what would happen.

It turned out they had to maximise friction rather than prescribe it.

And that is how TaylorMade developed the nano-texture that would go on to become the cover of the Stealth driver.

TaylorMade launched a series of drivers, the Gloire Reserve, in Japan to test out the new technology. Given the cost of carbon fibre, it needed to be a premium market. 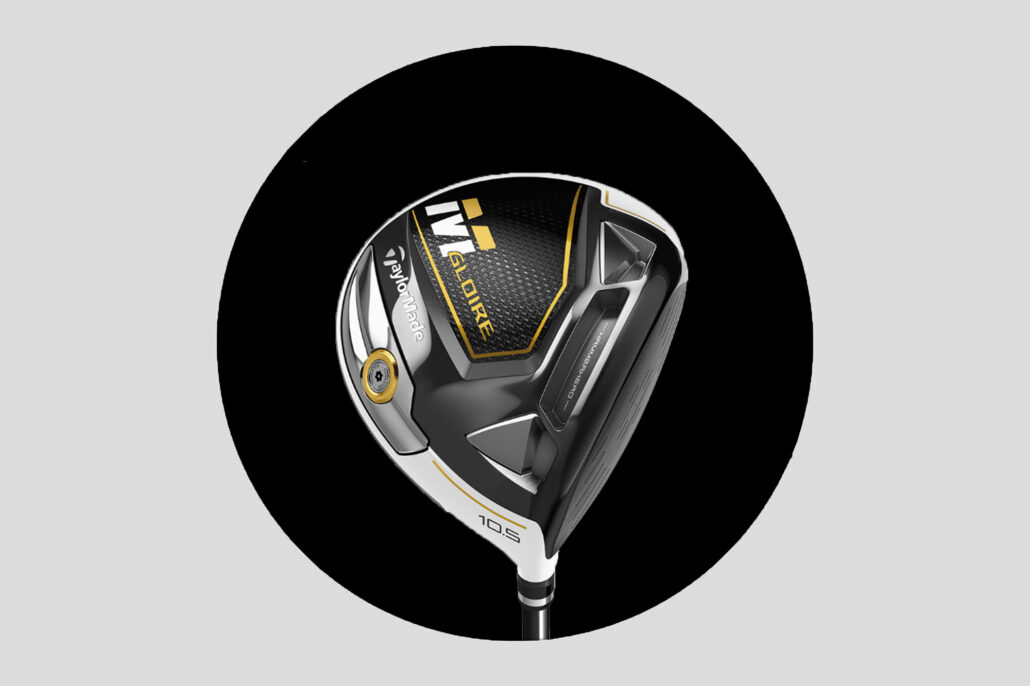 TaylorMade had to set up a completely new factory in Taiwan for what was an exclusive launch with only 56,000 parts in total.

It didn’t do as well as TaylorMade had hoped, due a variety of reasons. For starters, the clubs tended to go right. It was a visual thing. When you sat the club on the ground, it looked three degrees closed.

TaylorMade began exploring visual cue technology to ensure the top lines and faces contrast to make the club sit square at impact. This was more successful and made its way to the market almost immediately in the M1 driver.

The aerodynamic performance also left something to be desired. This wasn’t really an issue for the slower-swinging amateurs, but it was never going to work on tour – and that’s the deal breaker.

Then it was time to present to the stakeholders and VPs of product development. But it was too expensive. An $800 driver in a global market wasn’t going to work, so the project was closed and the engineers went off to work on new proposals.

But all was not lost. The carbon research resulted in the creation of lightweight composite crowns and TaylorMade’s Twist Face technology was born.

In 2016, the carbonwood project was thrown a lifeline when the USGA updated the equipment rules on characteristic timings.

TaylorMade went back to prototyping – but how could it be delivered at a lower price point? Processes had to be automated to make high-quality parts at a price where the customer could afford it.

Building titanium drivers was an outdated and messy casting process, so the existing factories were dirty, covered in dust, and had sparks flying everywhere.

As carbon fibre is very susceptible to any foreign contaminants, new factories had to be built from scratch, and millions of dollars invested in new machinery.

It isn’t easy setting up a new factory on the other side of the world. Every new process had to be tested in Carlsbad and then explained to the teams in China and Vietnam over video calls.

I’d be on calls at 11pm with somebody who has an iPhone around their neck walking around the factory trying to figure out if this process is or isn’t working.

Due to the chemistry involved, it takes longer to produce a carbonwood than a metalwood. It simply isn’t possible to make as many carbon drivers a day as you can titanium, where you can simply cast the part and move on.

Remember the initial problem of how to make carbon fibre withstand impact? That was solved with a toughened epoxy resin used in a specific system to hold different layers of carbon together.

The result is a staggering 60 layers of overlapping carbon. 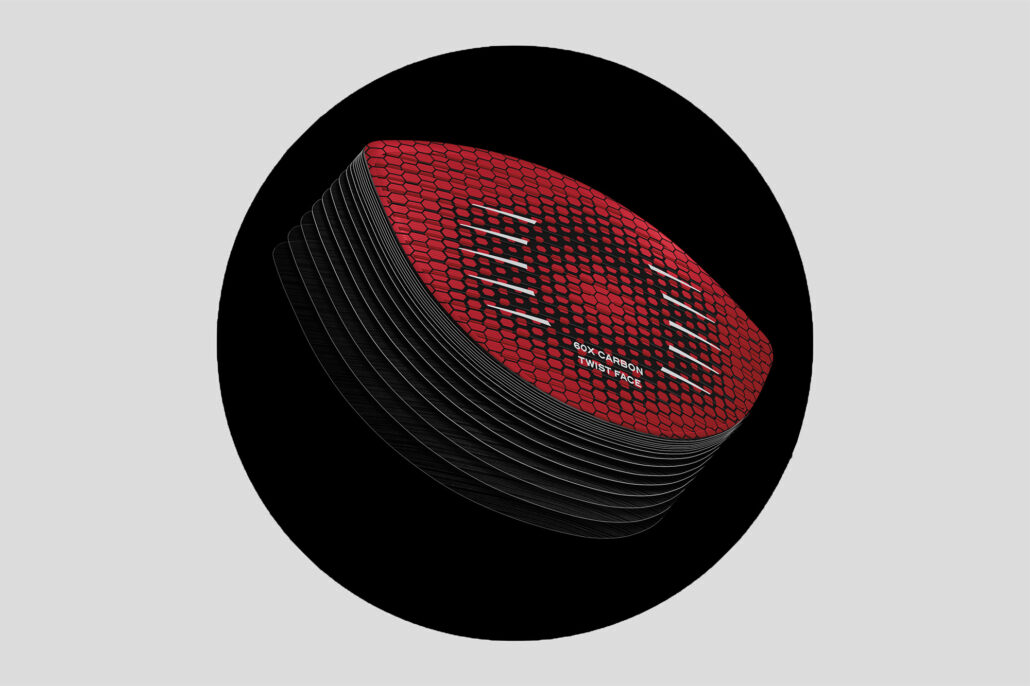 This construction of this layered system also had to incorporate TaylorMade’s Twist Face and inverted cone technology.

TaylorMade Stealth is launched to the mass market.

Best Online Casino Bonuses in the UK: How To Get And...

Bryson v Brooks – Everything You Need To Know About The...

What happens when you play the wrong ball?