The Saudi’s master of puppets wants a spot at St Andrews. But, writes Alex Perry, he will soon find out that money can’t buy you everything

Hello. Welcome to this week’s edition of The Slam. The past week in the life of Greg Norman has been so chaotic, I’m not sure I even know where to start.

This weekend has been dominated by the news that Norman – who won the Open in 1986 and 1993 – wants to play in the 150th edition of golf’s oldest major, which will take place over the Old Course in July.

Only, there’s one problem. He doesn’t qualify.

Past champions are invited until the age of 60, and the only time the R&A have extended a player’s exemption was to add an extra year on for Tom Watson so he could bow out at the Home of Golf.

But Norman, now 67 and 12 years on from his last professional appearance, feels more certain than anyone that they’ll do it again.

“It’s the 150th, I’m a past Open champion, I love St Andrews,” he explained in an in interview with News Corp, perhaps trying to convince himself as much as the R&A. “If there’s a moment in time that I would consider going back and teeing off one last time, maybe this is it.”

He added: “I’m filling out my entry form now, I think I’m going. I think I can still get in.”

Now that last sentence has caused some confusion in the golf world, with many assuming he means for Open Qualifying. We can nip that idea in the bud on the simple basis that Final Qualifying clashes with one of his LIV Golf Invitational events.

The fact Norman is even trying his luck seems beyond comprehension – unless his plan is to try and recruit for his Saudi-backed breakaway golf tour.

As humorous as the idea of Norman shimmying around the Links Clubhouse car park slipping fliers under players’ windscreen wipers is, just last week he called the R&A “vindictive” in an interview with the Telegraph after they removed their exemption for the Asian Tour Order of Merit winner seemingly in response to Norman’s LIV Golf Investments ploughing several hundred million into the circuit.

The Telegraph quotes “an insider” as saying “Norman knows The Open does not do special exemptions” and “he is being mischievous and attempting to make the R&A feel uncomfortable”.

I suspect it’s more that the Saudis – who have so far been rebuffed by the PGA Tour, DP World Tour, PGA of America and PGA Championship, Augusta National and the Masters, and just about every tour player under the age of 45 – see Norman as their way into the R&A’s good books.

Oh to be a fly on the wall in the room when that was discussed.

It’s a sad state of affairs for a golfer once adored by so many. Now the Great White Shark has become such a puppet to the Saudis, he’s more likely to turn up on Sesame Street than Golf Place.

Will they? Won’t they?

With just a few weeks until the first event at Centurion, near London, and no field, the LIV Golf Invitational saga has been in full flow.

We’ve already had Bubba Watson and Kevin Na both named as players interested in taking up the big bucks offer from Greg Norman, only for both Americans to seemingly distance themselves from such an idea, as well as “two former World No 1 players”. And one of those is probably Norman.

Then Norman told Sports Illustrated that he would start inviting amateurs.

“I’ve always said from the outset I want to grow the game of golf the best way we possibly can for all levels,” he said. “It was to reach out to some kid to give him a chance to start experiencing something new. And we have every intention of doing that with this as well.” 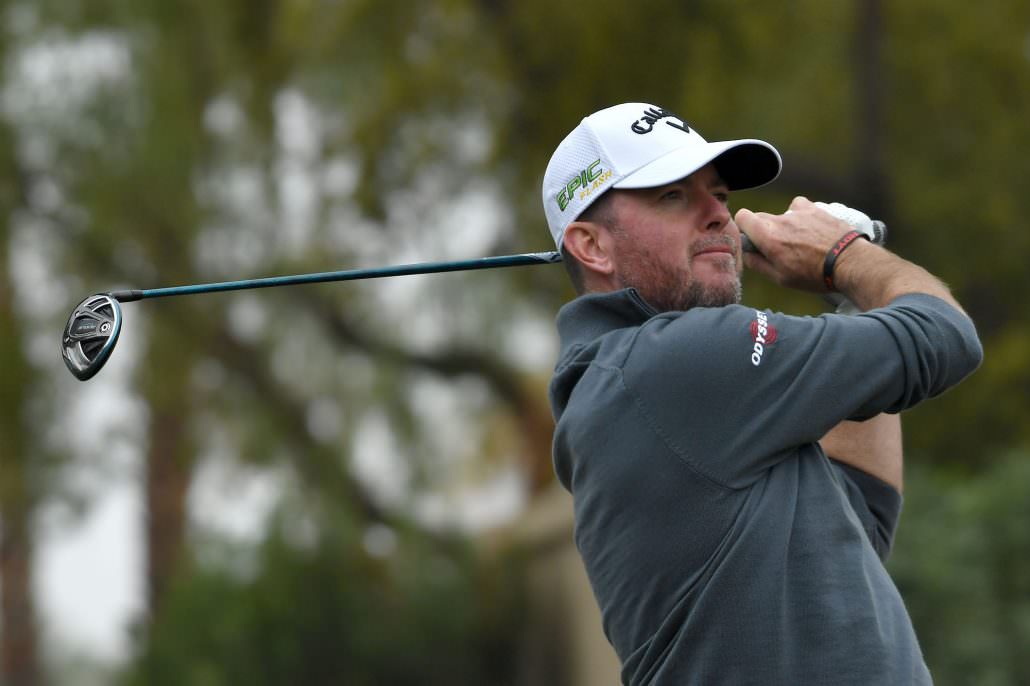 A few days later the first player to officially hand in a request to the PGA Tour was one-time winner and now part-timer Robert Garrigus, who is perhaps most famous for serving a three-month ban after testing positive for marijuana.

Heads up, Robert, getting stoned in Saudi Arabia doesn’t mean the same thing.

It’s some come down for the LIV Golf commish though, but he’s keeping a PMA.

“A few of our events will go by and the top players will see someone winning $6 million, $8 million and say, ‘Enough is enough, I know I can beat these guys week in, week out with my hands tied behind my back’,” he told the Telegraph.

In summary: Wanted big names, didn’t get big names, got smaller names, offended smaller names by revealing them as a lure for big names. Not that they’ll care when they see their bank balance.

Apropos, Norman’s compatriot Jack Newton sadly passed away last week. A man whose freak accident saw him lose and arm and end his career in his prime. Newton went on to create his own junior programme and help shape Australian golf for decades to come.

Right. I think that’s just about enough from me for another week. I hope you’re managing to get out on the course now the weather is seemingly on the up.

Golf-Being in contention not winning is Mickelson’s Masters goal

Focusing on beauty and love

Steely Stewart doubles up on Get Back To Golf Tour