One course record? It happens. But what happened at York was one in a million. Steve Carroll was there to witness something remarkable

It’s the ultimate symbol of excellence at a golf club – every digit on the scorecard an evocative reminder of the greatest round ever played on that layout.

That piece of card is given pride of place, framed and hung for all to see and there until the day someone finally goes one, or several, shots better.

Most of us will never know how it feels to shoot the course record at our clubs, and that made what happened at York Golf Club, in the annual 36-hole scratch Rose Bowl, even more remarkable.

For the Strensall course record was lowered not by one golfer but two, and they shot the same score while playing together in the same group!

Huddersfield’s Adam Walker and Sherwood Forest’s Ross Overton drove each other to incredible heights in the afternoon round, both finishing with a score of 63 and leaving chiefs scrambling for a new picture frame.

Walker went out in 32 and finished in 31 to record his seven-under-par score on the par 70 track, while Overton completed the front half in 33 and then eagled the par 4 16th, and birdied the penultimate par-3 17th, to race back in 30.

While the pair of +3 handicappers will now have their achievements immortalised after lowering by one shot the previous best of Fulford’s George Forder in 2014, neither managed to get their hands on the Rose Bowl trophy following a tournament that attracts some of the country’s best amateurs. 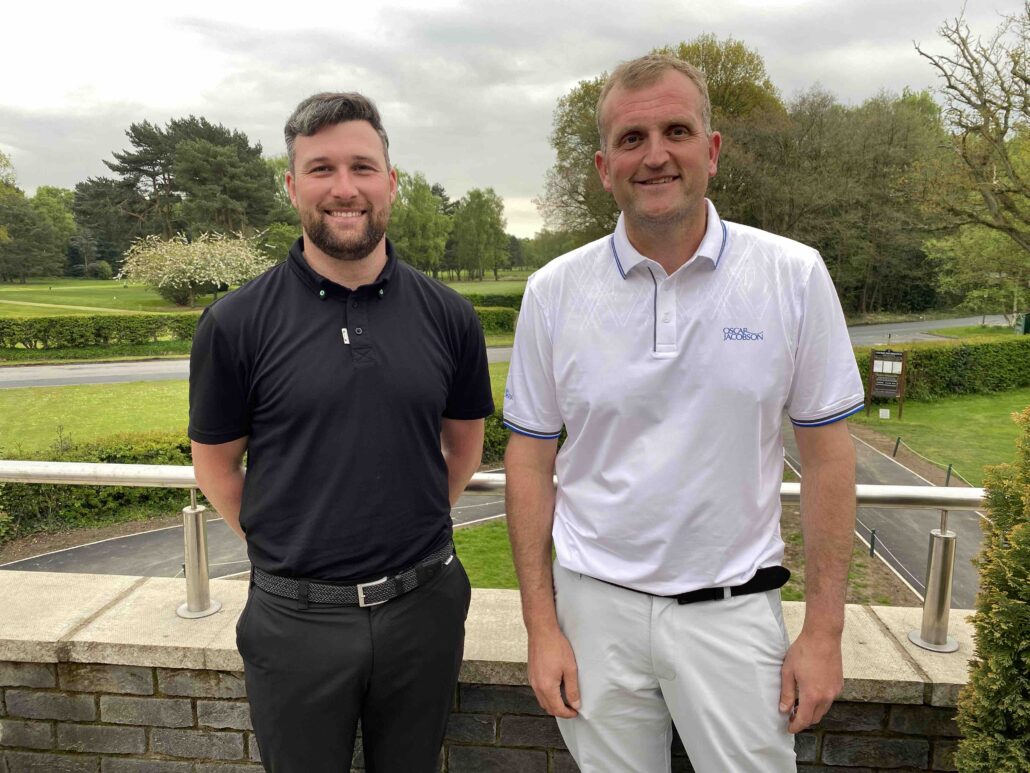 Overton tied for fifth, while Walker, who is the co-founder of the 2020protour with former European Tour ace Chris Hanson, agonisingly lost out in the second hole of a sudden death play-off to defending champion and Brancepeth Castle golfer Richard Aisbitt, whose 68 and 64 for an 8-under total of 132 capped a fine day’s play.

On his course record, Overton said: “Adam looked more like his 63 than I did. I had a good finish and Adam had a great start – both played brilliant golf. I had bogeys, played solidly, and was two-under-par going out. I birdied a couple of holes to go four-under and I made a two on the 16th and the 17th, which transformed the round.

“It’s brilliant (to hold the course record at York. It’s the first time I’ve ever played it. It’s a great golf course. I really enjoyed it and I’ll certainly be back again. I loved it and it’s a privilege to hold any course record. I’m over the moon.”

Walker added: “I played really solidly. It’s funny because we stood on the 1st tee and our playing partner – Tom Hirst – asked what the course record was. He was joking, ‘let’s go get it’, and we did in the end.”

Have you ever broken a course record? Let us know in the comments below, or you can tweet us.

Who Is Playing, How To Watch And More

Man in serious condition after golf carts collide in The Villages