Ken Venturi may never have got over this. In 1958, a rain drenched Augusta Sunday saw Arnold Palmer’s tee shot on the 12th thump into the sodden earth behind the green.

The King said his ball was embedded but a rules official on the spot denied him relief. Palmer, though, was nothing but single minded. In his book, ‘Playing by the Rules’, he said it sent his “heart rate and blood pressure up a notch or two” and he decided to play two balls and let the tournament committee decide – despite the exasperated rules official trying to prevent it.

With the ball still in its pitchmark, he played it and made a double-bogey five. Then, returning to the spot of the original ball, he dropped a second ball and made par.

“After my tee shot on 15, I was summoned over to the side of the fairway where a group of green jackets, including Bob Jones, were discussing my situation. When I arrived at the gathering, the tournament committee chairman said, ‘Mr Palmer, the committee has ruled in your favour. You will have a three at the 12th hole.’”

Venturi protested that Palmer hadn’t declared a second ball until after he made the double bogey – “To me, that was wrong. Dead wrong” – but Palmer’s conscious was clear.

“I followed the rules in both letter and spirit, and, as a result, I won my first major championship title.” 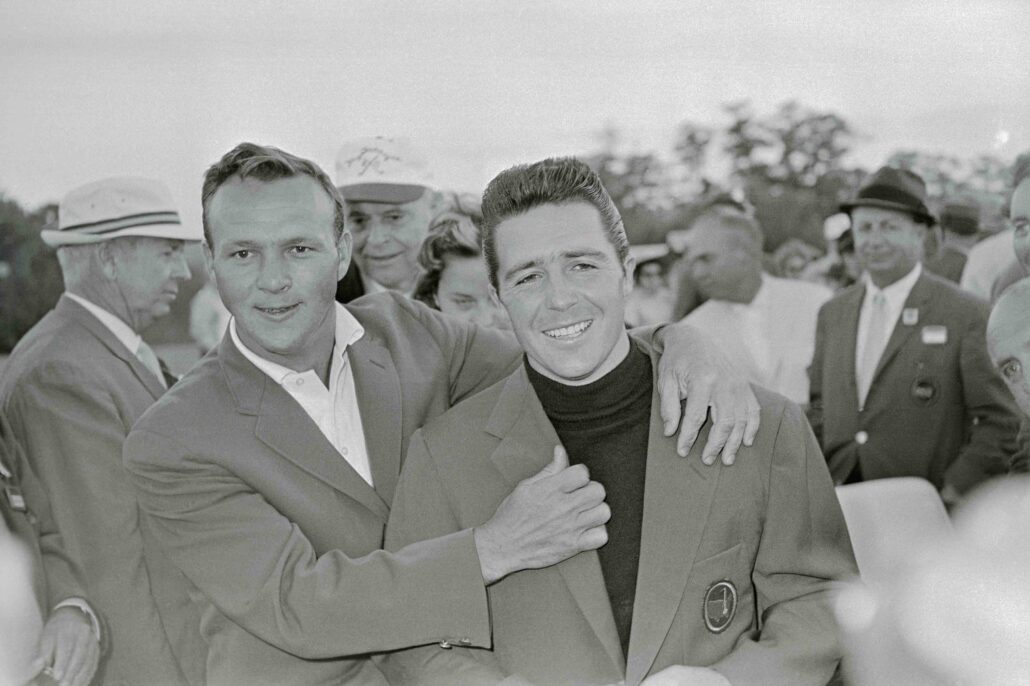 These days, the Masters is a well-oiled machine and spectators are kept at arm’s – or more appropriately, shot – length. That wasn’t always the case. Back in 1961, you could all but surround the 15th green and this came to Gary Player’s aid. Going for it on his second, his low cut looked headed for trouble until – as Arnold Palmer writes in his book – “suddenly a hand appeared out of the gallery and batted the ball back into play”.

The patron told officials he was protecting himself, but it was a lucky break for the Black Knight. He made a birdie and went on to win. Palmer finished second after doubling the last.

Masters rules controversies: The most famous scorecard error of all time 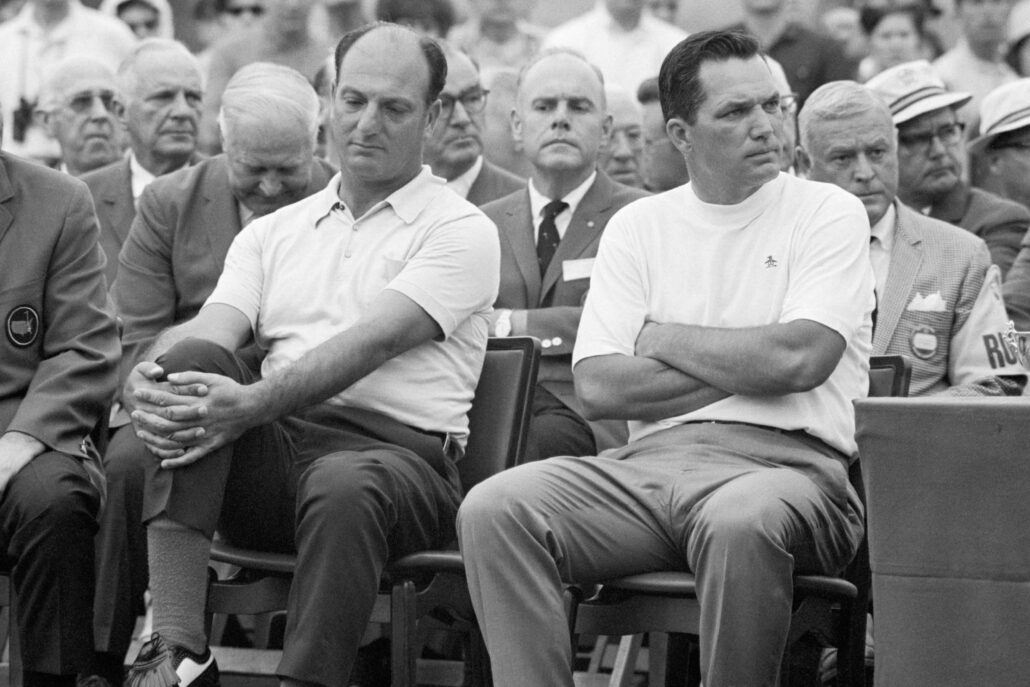 It’s more than 50 years ago and every golfer still winces in the re-telling. In 1968, Roberto De Vicenzo, fresh from winning The Open at Royal Liverpool, finished on 277 shots – 11 under par – and looked set to go head-to-head with Bob Goalby for the Green Jacket.

You all know how this one turned out. It would seem ridiculous to a modern audience but, back then, scores were recorded at a small table behind the 18th green – in full view of the audience.

Was De Vicenzo a bit casual in such a relaxed atmosphere? However it happened, De Vicenzo’s marker, Tommy Aaron, gave him a four on the 17th rather than the birdie three he’d actually made. De Vicenzo didn’t spot it, signed for the wrong score – one higher than he had actually achieved – and missed the play-off by one.

“What a stupid I am,” said the Argentinian in what is still one of the sport’s most painful moments. 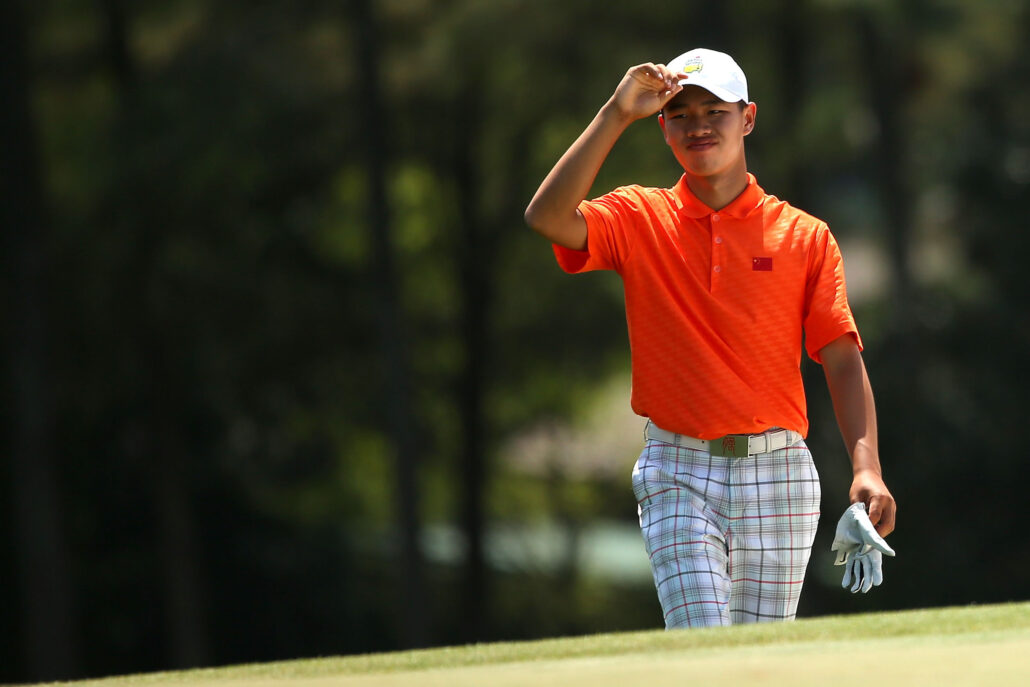 Remember Tianlang Guan? It’s less likely you’ll know the Chinese player for the teenage phenom he was – becoming the youngest player to make the cut at Augusta in 2013 at just 14 – than for him being handed down a slow play penalty at the tournament.

He was arguably pedestrian and it was down to John Paramor, the former European Tour chief referee and doyen of NCG’s Rules of Golf video series, to give out a sanction as he approached the 17th green on Friday.

Guan, to his credit, respected the decision, which was probably made easier by the fact he subsequently made the weekend. Paramor’s ruling, which some might say should be enforced a bit more prominently on the professional tours, set the tone for a speedier final two days. 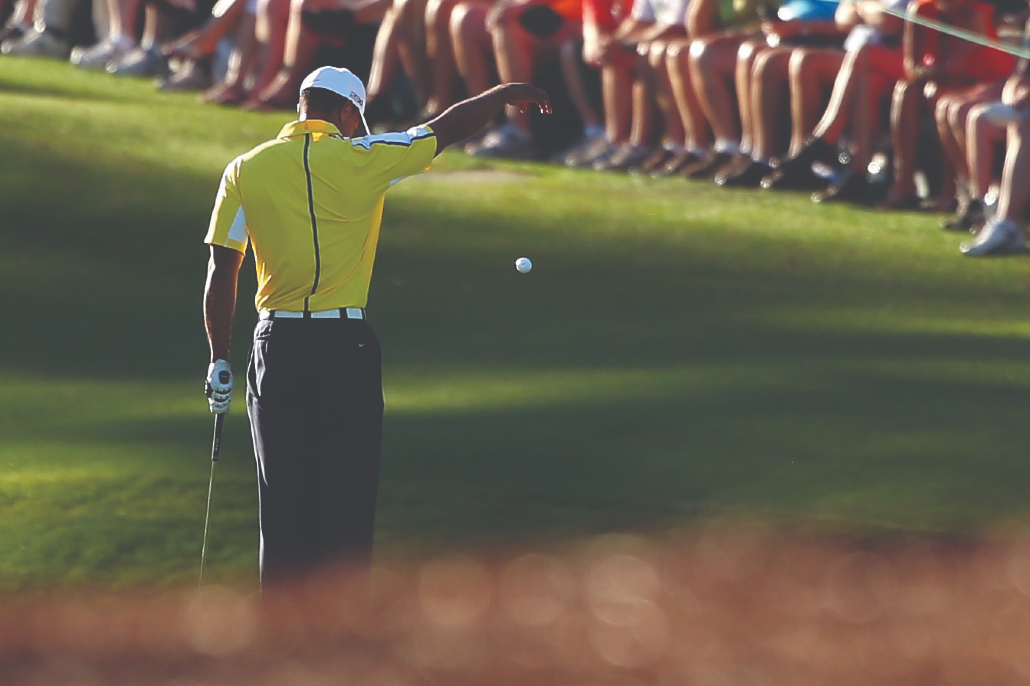 We’ve left the most controversial call until last. It’s Friday at the par-five 15th hole. Tiger Woods’ wedge cannons off the flagstick and plonks back into the water protecting the green.

It was undoubtedly a terrible piece of luck, but then became something which threatened to turn into something much worse for the player many consider to be the greatest of all time.

Woods dropped, found the green, made bogey, and no one thought too much of it.

That was until an eagle-eyed TV viewer called in, and then the Big Cat himself revealed a nugget in his post-round press conference.

Back then you had a couple of options, which included using the drop zone, or playing the ball from as near as possible to the original shot. 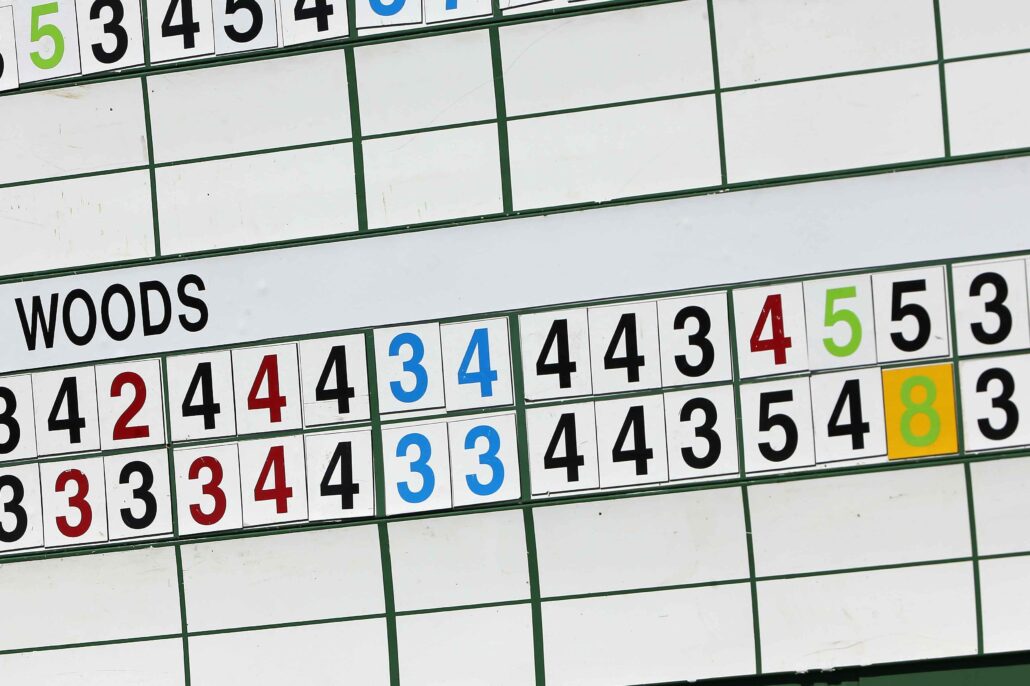 Tiger ended up doing neither of those things. “So I went back to where I played it from, but I went two yards further back and I tried to take two yards off the shot I felt I hit.”

Now, of course, if he took stroke and distance relief, he’d have a one club relief area in which to drop.

But it was a big issue back then and there was a debate whether Woods, a multiple Masters champ, should have been disqualified.

The tournament committee penalised him two shots – giving him an eight on the 15th – and kept him in the tournament.

Some pundits thought he should have withdrawn. He was in the hunt at halfway and went on to finish tied for fourth.

Is an electric golf trolley really worth it?

The American Express Prize Money – How Much Is On Offer...

‘Covid’s impact has been as big as Tiger Woods’