The Claret Jug is perhaps the most famous trophy in golf, but there are six other Open Championship trophies on offer

Did You Know There Are Seven Open Championship Trophies to Be Won?

The Claret Jug is awarded every year to the winner of The Open Championship. This replaced the belt the winner used to win, but there are seven different trophies to be won.

The Silver Medal is the next best known of the other trophies to be won at The Open, and has been handed out to the amateur with the lowest score since 1949.

It is only awarded to someone who has played all four rounds, so it is not awarded if no amateur has made the 36-hole cut. If one or more amateurs miss the cut, they will receive a bronze medal.

The winner of The Open gets a gold medal. The award of a gold medal was first made in 1872.

Up until 1870 The Challenge Belt was awarded to the winner, but when Old Tom Morris won it three times in a row he was allowed to keep this trophy.

There was no Open in 1871. For 1872 a new trophy was to be provided, The Golf Champion Trophy, known as the Claret Jug.

The Claret Jug was not ready when The Open of 1872 was held, so the winner was given a gold medal instead.

Thus started the tradition of the winner being also presented with a gold medal.

Related: How to qualify for The Open

The Tooting Bec Cup is in fact another medal rather than an actual cup.

In 1924 it has been awarded to the golfer who shoots the lowest round at The Open. 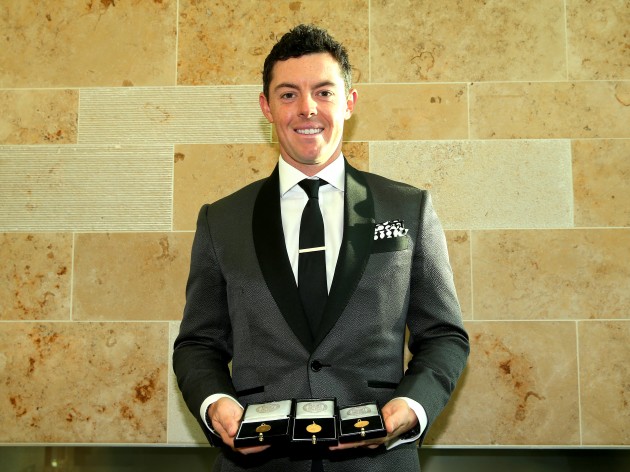 Rory McIlroy with the Ryle Memorial for winning the 2014 Open Championship, the Tooting Bec ‘Cup’ for the lowest round and the Braid Taylor Memorial for finishing as the highest PGA member at The Open of 2014

The Ryle Memorial Medal was instigated in 1920 in memory of Arthur Ryle, a former chairman of The PGA, and is awarded to a PGA member who wins The Open.

The Braid-Taylor Memorial Medal is awarded to the PGA member who finishes in the highest position in The Open Championship.

It is named after two of the founding members of the PGA, James Braid and JH Taylor and was first awarded in 1966.

Everything you need to know about the new range

10 Things Clubs Can Do To Encourage More Junior Golfers

Tommy Fleetwood – “I Don’t Expect Anything Else But Europe To...

Who Is Danielle Kang’s Boyfriend?

Golf’s most popular shoes get upgraded